It’s been a while since we’ve heard from Chan Marshall. More than four years have passed since her last full length, 2008’s Jukebox, and more than six and half years since her last album of original material, 2006’s The Greatest. So in that respect, it shouldn’t come as a surprise that her latest offering as Cat Power, Sun, represents a redefining moment for her. On past records, Marshall has always simultaneously retained a pureness and an earthy rawness. Yet her last two full lengths, The Greatest and Jukebox, may have upped the ante in terms of production values, recasting her as a Memphis soul singer, but that unpretentiousness remained. Sun doesn’t completely abandon those elements but it certainly doesn’t adhere to them so closely either and this proves to be a very rewarding thing. For one, the album is easily the most expansive album in the Cat Power catalogue. Marshall brings together several aspects of her music’s past while adding various elements that she had yet to explore on previous affairs.

Essentially broken down into three parts, Sun kicks off in spectacular fashion. The first four songs are all bursting with soul and erupting with passion. It’s readily apparent on each one that Marshall’s MO has changed. The title track succeeds in blending electronic flourishes with more typical Cat Power fare like southern piano and bluesy electric guitar. Its divergent arrangement works surprisingly well, buoyed by the impressive chorus of vocals that bounce off each other, at times coming together in unison. Following on its heels, the infectious single “Ruin” provides a similarly winning twist on the southern soul of her last two records.

Marshall may have been able to sustain the kind of power on display in Sun‘s first four songs for the album’s entirety and such a record could have been great, but the interesting directions she opts for lieu of that option prove to be equally satisfying. Some of Sun‘s most rewarding moments show up in the understated four-song run in the middle section of the record running from the eerie “Always On My Own” to “Manhattan.” These tracks might not pop quite like the brazen single “Ruin” or the energetic “Cherokee,” but the lingering mystique hidden in each one acts as a counterbalance to some of the album’s more accessible moments. “Manhattan” in particular may not be made of much more than a propulsive beat, piano hits and layers of Marshall’s voice, but it has melody and soul to spare. It’s in these moments that Marshall is able to unleash her dramatic side in truly evocative ways.

Despite its shifting tones, Sun‘s subject matter remains consistent throughout, often touching upon long-standing universal truths in a way that’s neither too simplistic nor obscure. Throughout the record she veers from plainspoken verses to something more poetic. Many of the themes presented here are straightforward and even obvious, but they are welcomed reminders of ideas that are too often taken for granted. A casual glance at some of the phrases that immediately pop out at the listener is revealing — “I want to live my way of living,” “Sometimes you’ve got to do what you don’t want to do to get away with an unordinary life,” “You’ve got a right, you’re a human being.” Marshall is making sense of everyday life and even when her concerns border on redundant, she’s always comes across as self-effacing and honest.

It’s to Marshall’s credit that even some of Sun‘s most questionable ideas actually work quite well. “Nothin But Time,” which borrows from Bowie’s “Heroes” and features an amusing Iggy Pop cameo, amazingly manages to sustain itself, never wearing out its welcome despite its 11-minute running time. Its two chord progression really doesn’t vary much, and even still it’s an overwhelming success. All told, the album’s only perceivable misfire comes from the album’s closing track. “Peace and Love” is not a bad song, but its seemingly hip-hop inspired verses are awkward and ill suited for Marshall. After the 10 triumphant tracks that precede it, it comes as a bittersweet ending. To this listener’s ears, the epic “Nothin But Time” could have been the stronger ending.

Throughout Sun one gets the sense that Marshall really seems to free herself as an artist. Rather than confining herself to one sound or style, she manages to touch on several, allowing each song to fill its particular niche within the scheme of the record. Constructed by a lesser artist and this could have been a mess, but Sun is expertly sequenced and all of these elements seem to fit together like puzzle pieces. If it once seemed like Marshall was binding herself with self-imposed limitations, this artistic victory should put that feeling to rest. 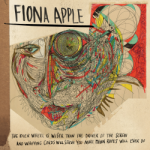 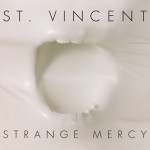 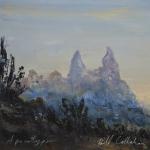