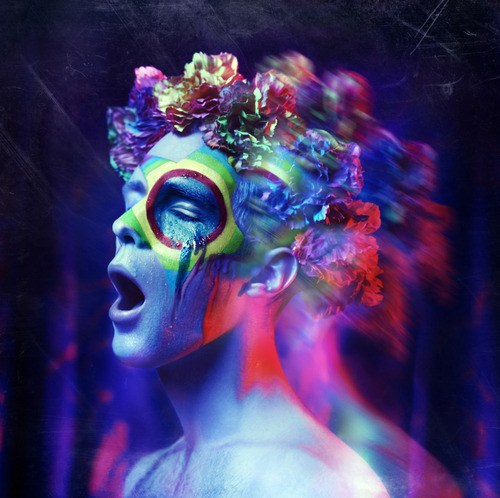 Despite its lofty use of genre layering, ceo’s second album Wonderland finds strength in brevity. The latest release by Eric Berglund (formerly of The Tough Alliance) boasts only eight tracks — four of them serving as extended, cloudy transitions between weightier lyrical pieces. The compositions here are creative, but if you’re familiar with The Tough Alliance, Passion Pit, or the poppier side of Animal Collective, most of the tricks used here will seem familiar; the lyrics-based songs on this album find heavy inspiration in pop (albeit a kind of “pop” whose influence spreads from Michael Jackson to M83 to Kanye West).

However, it’s the attention to detail on each track that makes them feel worthwhile and creative in their own right. The title track is perhaps the most daring and endearing on the album; an awkward-yet-successful mix of polka and house, with a vocal lead that most strongly recalls ’70s Sabbath-era Ozzy Osbourne of all things. But the bouncy opener (“Whorehouse”) and the darker “Mirage” also hold their own as enjoyable dream/dance-pop, with “Harikiri,” “In a Bubble On a Stream,” “Juju,” and “Ultrakaos” all serving as fitting interludes, even if their oddly straightforward nature doesn’t seem to fit an album with such a magical title. Unfortunately, closer “OMG” falls apart a bit around the edges, its beat not quite persistent enough to hold together the weaker, somewhat lazy vocal arrangement of the piece.

If there’s a glaring fault to be found in Wonderland, it’s that, for all its experimental weirdness, the music here is surprisingly tame. It isn’t a stretch to describe ceo’s music as a too-close parallel to Panda Bear’s eclectic fantasy pop, with heavier influences from house and hip-hop. While those fine-tuned influences shine throughout his production, it wouldn’t hurt Berglund to dive a bit deeper into his club roots at times to add a more driving edge to his dreamy landscapes. The tracks here could also benefit from the occasional featured vocal or studio musician a la M83 — another missed chance to nod to the collaborative spirit of dance and hip-hop.

Wonderland isn’t perfect, but it’s the experiments on this bizarre pop journey — successful and unsuccessful alike — that make ceo both compelling and fascinating. Its brightest moments create a unique and pleasurable mixture of genres; showing Berglund at play in his own sonic world. The album’s finishing sample states, “That’s just kind of the way I see things; who knows, dude?” Wonderland seems to put itself out there — beauty, flaws and all — for the sake of seeing what might happen next. There’s something refreshing about that kind of ambition.

The Tough Alliance – The New School

Treble’s most anticipated albums of spring 2014