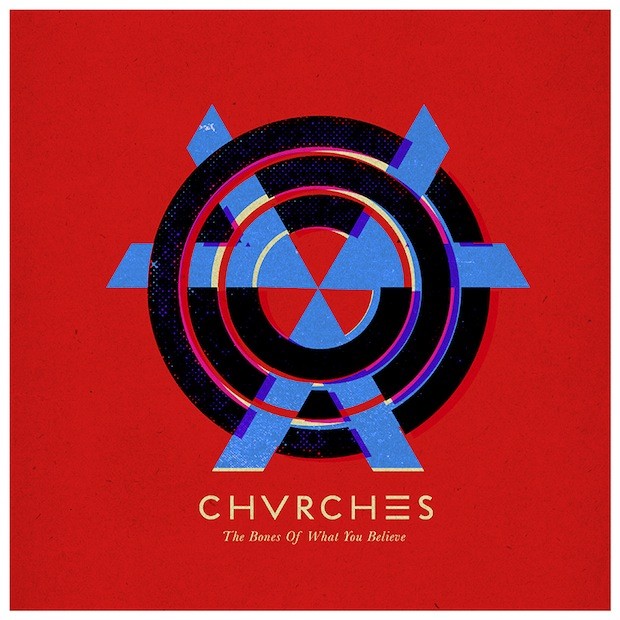 Glasgow synth-pop trio Chvrches have quickly built up a healthy dose of buzz, having already played a bunch of sold out shows before even releasing a proper full-length album. However, that album will arrive soon — on Sept. 24, Chvrches will release The Bones of What You Believe via Glassnote Records. The band’s debut album follows the great Recover EP. That’s the album cover above. Right now, the tracklist has not yet been released, though it’s probably a safe bet the album will include “Recover,” “The Mother We Share,” which will receive a US single release on June 18, and “Gun,” whose video the band also debuted today. Watch it below.