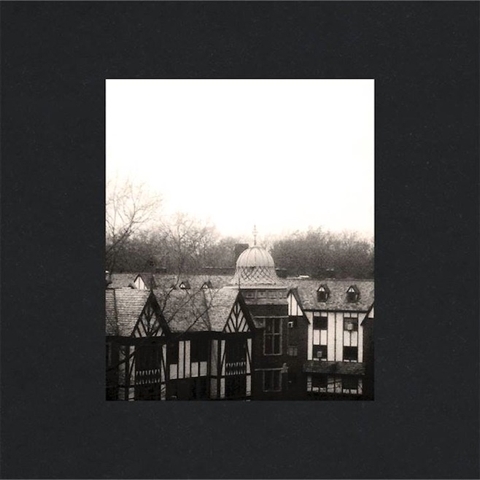 Teenage angst — or early twenties angst, anyhow — has paid off well for Dylan Baldi. The frontman and songwriter behind Cleveland, Ohio’s Cloud Nothings started off strongly enough, home recording a handful of strong lo-fi indie pop records featuring guitar-based songs about girls and the like. But those weren’t the records that Baldi wanted to make. So he assembled a new band, spent four days recording at Steve Albini’s Electrical Audio, and came out the other side of that week with Attack On Memory, an album with a more pronounced Hüsker Dü and Wipers influence, and a greater degree of introspection. “I know my life’s not gonna change,” he sings one track, “I’ve got time to stay useless” in another. Coming from a singer just barely out of his teens, it’s a familiar-sounding sentiment: “This record was my way of dealing with what a lot of people my age go through,” Baldi told Treble in a 2012 interview. “…That directionless feeling.”

Direction no longer seems to be an issue for Cloud Nothings. Two years later, on new album Here and Nowhere Else, Baldi & Co. have continued the process of growth that accelerated on its predecessor, yet still sound like they have a pretty long way to go before they’ve gotten bored and old. Attack On Memory marked an important turning point for the band — the point at which they went from making good records to making great ones. Albini deserves a small portion of the credit for that one; recording with him gave the band the opportunity to allow their sound more of a palpable heaviness, and more of a raw edge. When Cloud Nothings walked out of Electrical Audio, they were essentially an entirely new band.

What Here and Nowhere Else proves — beyond a reasonable doubt — is that this transformation is all Cloud Nothings’ doing. The studio they chose was merely the cocoon that housed their metamorphosis. Recorded with John Congleton (Baroness, St. Vincent), Here and Nowhere Else builds upon the post-hardcore foundation of its predecessor and fleshes it out with more intensity and stronger melodies. There’s a newfound warmth in a track like “Now Hear In,” which opens the album on a Jetstream of nourishing fuzz riffs. The lightning-fast fills and perfect piccolo snare thwack of drummer Jason Gerycz push the song beyond its comforting intro, however, into an energized immediacy. Cloud Nothings rocked before; they’re just rocking that much harder now.

Where Attack On Memory’s punk rock anthems were fueled by angst and catharsis, here they seem to come from a place of determination. It’s not wholly positive-core, but Baldi’s not stuck gazing at his navel, using these eight fierce rave-ups as a platform for more inspirational, more self-aware messages. Nowhere is this more evident than on the album’s outstanding — and catchy! — closing track, “I’m Not Part of Me.” Amid soaring power chords and Gerycz pummeling his kit like fists against a side of beef, Baldi sings, “I’m learning how to be here and nowhere else/ how to focus on what I can do, myself.” The chorus of “Now Hear In” finds Baldi taking some solace in accepting not-so-happy endings (“I can’t feel your pain/ and I feel alright ’bout it“). And on the intense, stormy epic “Pattern Walks” — this album’s equivalent to 2012’s “Wasted Days” — Baldi acknowledges the inevitable complications that come with growing as a person: “I’m moving forward while I keep the past around me.”

As much light as Baldi shines on his growing pains, Cloud Nothings’ process of maturity has brought them to an even stronger, more powerful place on Here and Nowhere Else. Some of that is a natural extension of learning from one’s mistakes, and acknowledging the positive that comes out of bad experiences. Then again, a lot of it comes from the fact that the band has grown even stronger as songwriters, and dial up their post-hardcore fury even farther, each song on the album building on the rush and roar of each one before it. You’re unlikely to find an album this year that puts as much muscle and sweat behind ideas like maturity and acceptance. The young adults are alright.