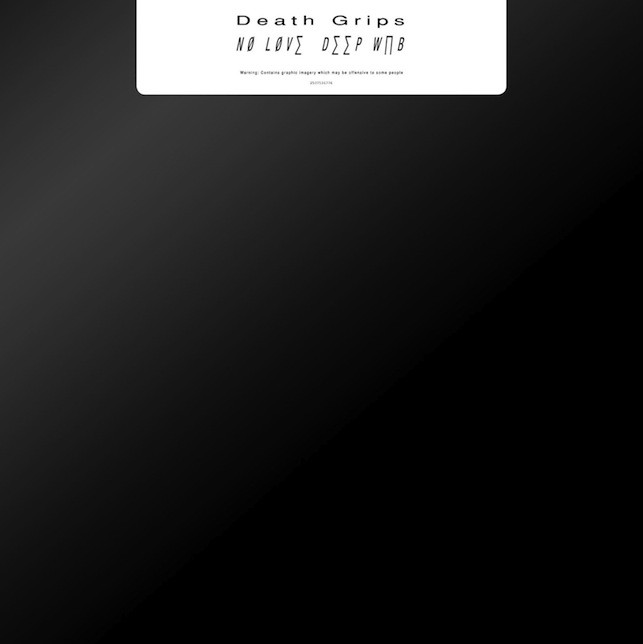 Sacramento industrial hip-hop group Death Grips will finally issue a wide release of their 2012 album NO LOVE DEEP WEB, which the band leaked online without label permission last fall. That decision led to the group being dropped from Epic, though it hasn’t halted their momentum at all. According to Pitchfork, NO LOVE DEEP WEB will be released on vinyl, CD and digital formats Nov. 19.

The image above is the art that accompanies the Amazon listing of the album, and its small print reads, “Warning: Contains graphic imagery which may be offensive to some people.” And, if you recall, the album art had a big picture of a penis on it, so perhaps the album will, in fact, feature the giant phallus, but is being censored for the sake of a family-friendly shopping experience on Amazon? Perhaps.

In the meantime, listen to all of NO LOVE DEEP WEB below for free.