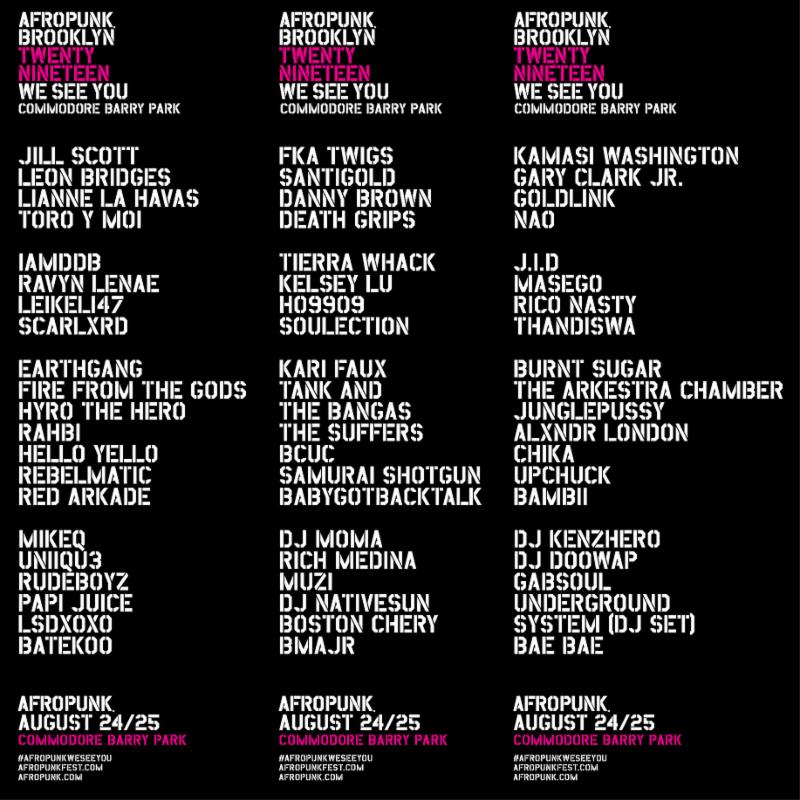 Afropunk returns to Brooklyn on August 24 and 25 at Commodore Barry Park, with the theme of #AFROPUNKWESEEYOU. And today, the lineup has been revealed. Among the artists performing this year are Jill Scott, Leon Bridges, Lianne La Havas, Toro y Moi, FKA Twigs, Danny Brown, Kamasi Washington, Death Grips, Tierra Whack, Ho99o9, Santigold, Goldlink, NAO, Gary Clark Jr., Tierra Whack, The Suffers, Junglepussy, Leikeli47, J.I.D., Rico Nasty, IMDDB and more. Take a look at the full lineup via the flyer above, and via the Afropunk website.

Additionally, the festival will also feature Solution Sessions, a live podcast recording featuring activists/producers Bridget Todd and Yves Jeffcoat, with guests Denarii Grace, Professor D. Wendy Greene and more. There will also be a Battle of the Bands for the opportunity to play the fest. Submissions for the competition open on April 29 at the festival website.