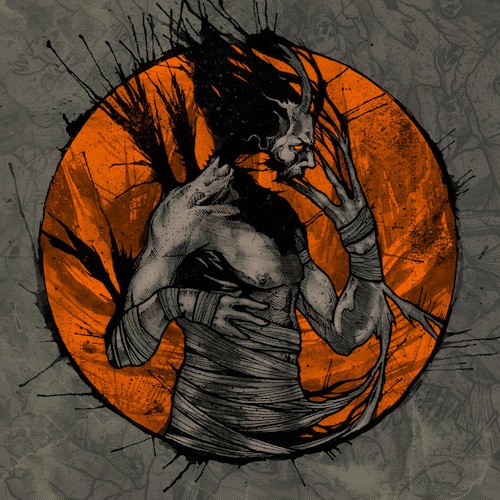 Milwaukee hardcore band Enabler released their debut album All Hail the Void in 2012, amid a flurry of crusty thrash activity on venerable metal label Southern Lord — which later that year climaxed in a package tour of most of those very same bands. Black Breath, Martyrdöd, Burning Love and The Secret (not to mention All Pigs Must Die and Nails the following year) came to comprise — along with Enabler — a sonic standard for the label, which once specialized more in droning, existentially horrifying doom metal that moved at about one one-hundredth the speed. Enabler, however, were — if anything — a lot more punk than their peers (save for maybe Burning Love), opting for two-minute beatdowns equally heavy on hooks as they were raw, hardcore crunch. Oh, and their drummer, Andy Hurley, was in Fall Out Boy.

Two years later, Hurley is back in Fall Out Boy, and Enabler is no longer on Southern Lord. And though these factors most likely have no direct effect on the music they’ve created since, the Enabler of new album La Fin Absolue du Monde is even more powerful and uncompromising than they sounded on their debut. The band’s first for new label The Compound, launched by long-running metal publicity house Earsplit, La Fin Absolue du Monde comes at the listener with an even more dynamic and ferocious approach. Just two years ago, Enabler were a raw but hungry band, proving their worth with a streamlined sound that updated a classic crust-punk aesthetic. Here, they’ve descended even deeper into a sludgy murk, and as a result they hit with a much heavier impact.

Simply being louder or heavier or scarier or whatever will only get you so far, though. Enabler pretty much ratchet up every single aspect of their sound on their second album, but the most important one is their attention to detail and melody. It’s not just that the songs on this album knock you over through sheer force; they comprise a broader range of sonic detail, resulting in an album that’s not just more diverse than its predecessor (which was quite good), but more memorable. Where the group continues to pummel the living shit out of every measure of a track like “Felony,” they do so while invoking a highly alluring kind of post-punk darkness. There’s a similar feel to “New Life,” which charges forth like some of the highlights from In Solitude’s Sister at twice the speed, injecting a week’s worth of caffeine into a gothic thrash-metal aesthetic. And Jeffrey Lohrber’s guitars shimmer with an unexpected elegance behind his screams of “There’s gotta be some way outta here!” on opening track “Close My Eyes.”

The greatest surprise of all is saved for “Balance of Terror,” a dark and grisly groove-based highlight that churns like Trap Them in mosh mode. But it’s not until the bridge where the track goes from good to amazing. Bassist Amanda Daniels takes over on vocals, and her ethereal singing style takes the group’s music into an entirely new direction, underscoring all the raucous filth with a dose of nuance and grace that suggests that Enabler has a long road of growth and experimentation ahead of them. For the time being, though, La Fin Absolue du Monde is an oustanding sophomore effort — a true testament to how much a band can grow in just two years.

Enabler : All Hail the Void