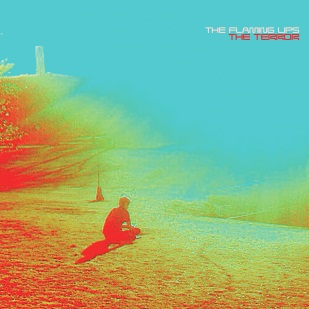 The Flaming Lips never really disappeared from the public eye after 2009’s Embryonic, but most of their time was spent with conceptual collaborations or full-length cover albums. This year, however, they’re finally releasing a proper follow-up to Embryonic. It’s called The Terror, and it will be out April 2 via Warner Bros.

Per a press release, Wayne Coyne hints at a dark new direction:

“Why would we make this music that is The Terror – this bleak, disturbing record? I don’t really want to know the answer that I think is coming. Maybe this is the beginning of the answer.”

“If we have love, give love and know love,” Coyne says, “we are truly alive and if there is no love, there would be no life. The Terror, we know now, that even without love, life goes on…we just go on…There is no mercy killing.”

Look…The Sun Is Rising
Be Free, A Way
Try To Explain
You Lust
The Terror
You Are Alone
Butterfly, How Long It Takes To Die
Turning Violent
Always There…In Our Hearts