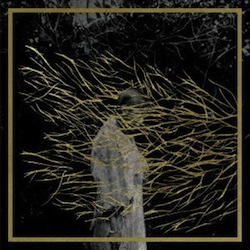 Matthew Barnes released his breakthrough Forest Swords EP, 2010’s Dagger Paths, in the middle of what will most likely be remembered as the biggest micro-genre clusterfuck of the 21st Century. Chillwave had more or less made its mark and was ready to leave the party, but before its grand exit came the arrival of witch house, its cousins drag and hauntology, neighbor hypnagogic pop and a variety of other cassette-only players with titles spelled out in triangles, upside-down crosses and Instagram photos of Lindsay Lohan — which, in all fairness, is a pretty accurate representation of what some of these underground obscurities sounded like. Yet at the time, Barnes maintained a mysterious profile, clouded in near-anonymity while releasing into the world a series of tracks that, while downtempo and eerie, were best defined by the hallucinatory atmosphere they provided. Forest Swords’ opiate mist is an intoxicating one, to say the least.

Dagger Paths, upon its release, represented a compelling shift away from the chipmunk-soul samples, chopped-and-screwed vocals and chintzy keyboard melodies that stacked on top of each other in a perilous imbalance of concept over execution. Spaciously psychedelic, Dagger Paths stood out for merely alluding to the idea of danger or the supernatural, rather than bludgeoning its audience with over-stylized imagery. Sure, Forest Swords could evoke a spooky vibe, but not without a necessary component of beauty as a complement. The music never felt slapped together or gimmicky, each composition slowly unfolding with shades of post-punk darkness and post-rock expansiveness. That it never so easily fit under one stylistic umbrella only gave it an extra boost of intrigue.

With that one outstanding short-player and its lesser-heard predecessor, the UK producer had built up considerable demand for his epic, if subtly affecting works, and in the two years that followed, Barnes re-released his two EPs, though new material would still be a ways off. It’s unclear whether Barnes took a full two years to craft his first full-length, Engravings, but considering the elaborate, stunning soundscapes therein, it’s easy to reach that conclusion. Slow-moving beats and samples form the foundation of the album, subtly intensifying and escalating toward mesmerizing, moving conclusions. Yet Barnes is an architect of gripping, chilling ambience above all, sequencing a series of powerful mood pieces more than a set of pop songs. If these even are pop songs.

Forest Swords is more than capable of constructing melodic, even catchy material. “The Weight of Gold,” which was released as a stream before the album’s street date, is the most identifiably hook-laden track, oozing with an atmospheric haze before a swirl of exotic guitar riffs and tweaked vocals form a beautifully disorienting psych-pop dirge. But more often than not, Engravings comes across as a score to a dystopian cinemascape. The way that opening track “Ljoss” unfolds evokes a dirty science fiction epic, with its synth flutter and crash of looping, reverb-heavy guitar. And yet, the genre seems to shift to a syrup-drunk police drama with the badass drone of “Thor’s Stone,” it’s slow-motion pulse never quite building up to something danceable, yet certainly head-nodding in its compulsive groove.

To a greater degree than he did on his earlier EPs, Matthew Barnes is stretching out the extremes of both the harshest and gentlest elements of his music on Engravings. In the opening thuds of “Onward,” one might anticipate it to descend into the harsh industrial dub of Andy Stott’s We Stay Together, but a few minutes of distorted pulses only sets the stage for the introduction of a pretty, twinkling melody, and eventually an eerily beautiful outro of what sounds like Mellotron. “Anneka’s Battle” continues the dub vibe explored on “The Weight of Gold,” with some unexpectedly gorgeous female vocals added for levity. And the epic closing track “Friend, You Will Never Learn” would be effective enough as a weightless echo of synth loops, but it’s made bolder and heavier through its grounded, dub-inflected beats and rush of vocal samples.

When held up against contemporaries like Demdike Stare or The Haxan Cloak, Forest Swords doesn’t inspire the same kind of outright terror or menace, but there’s a connective thread of mystery and occasional fear. One doesn’t walk away from Engravings without at least one chill down his or her spine, but the intricate layers of strangely beautiful melodies are the elements most likely to linger afterward. This is a very different — and much welcome — kind of haunting.