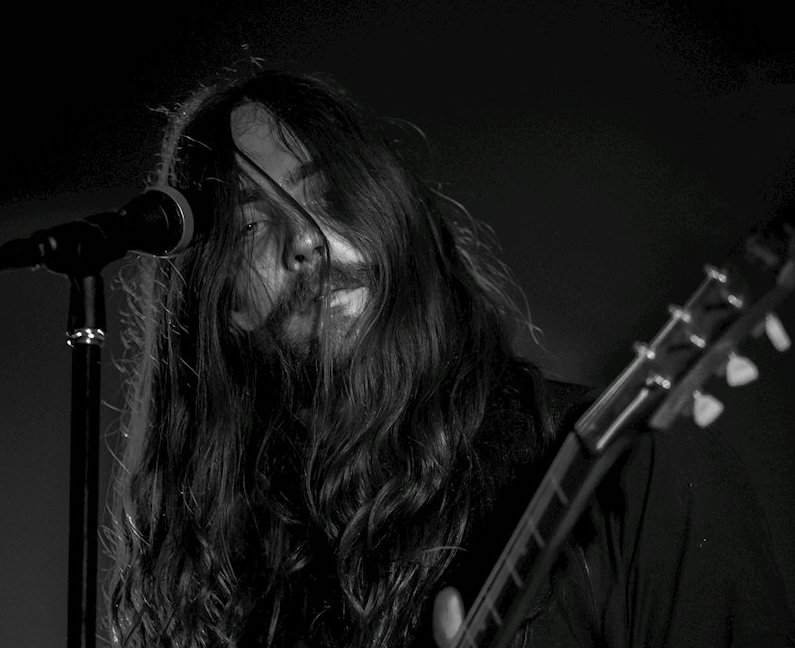 Given the sinister energy that doom metal can create, as well as the brutal delivery of sludge, there’s also a meditative quality to these sounds. For all the ominous instrumentation and thick distortion, they can lull one into a state of mindfulness; atmospheric doom and slow-churning sludge provide space for listeners to open their mind and explore emotion.

“Doom and Sludge give you the opportunity to tune down as far as you want,” says Hell mastermind M.S.W. “[This is] because of the slow pace, [which] allows you to actually be able to tell what’s going on. If you listen to some black or death metal where they tune down too far, you can’t distinguish the riff, therefore making it sound like a wall of noise, which can also sound cool at times. With doom, funeral doom, or whatever you want to call it, the artist has room to add clean, sorrowful melodies which, for me, help my mental state. It’s like listening to sad music when you are sad, or aggressive music when you are angry or full of energy. Every style of music has a purpose.”

This month, Hell released a split with fellow Colorado doom act Primitive Man. Featuring three tracks total, with one from Hell titled “Nuumen,” the split makes for a hellish delivery of astounding doom and sludge. Ahead of its release, M.S.W. said that the lyrics behind his song tackle the everyday struggle of crippling anxiety and depression, but in the sense of embracing them to push one through fear. M.S.W. understands that we are surrounded by corrupt beings who only want to keep us down; “Nuumen” provides a means of harnessing despair and finding a way through such oppression.

For M.S.W., a big part of finding peace of mind is through creating music; while some folks may not be able to comprehend the healthy qualities of such dark material, M.S.W. has been able to confront his challenges through the art form. Regarding his discovery of doom metal, he shares, “Besides the classics, like Black Sabbath, Deep Purple, Melvins, Elias Hulk, etc., I never explored the bigger, thicker, heavier side [of music]—even though Melvins are fucking heavy —until around 2007 or so; [that’s when] I found the basic bands like Electric Wizard, Burning Witch, Sleep; even Thou was a big influence in the beginning.”

M.S.W. also speaks to when he first began writing heavier material. “I remember [Elu Of The Nine] was the first extremely draining heavy project I had ever been a part of [involving] super long songs and crazy slow, unpredictable riffs and doomed chaos. After that, I believe, I started really sitting down and writing Hell material. I enjoyed the ‘release,’ or I guess ‘healing’ feeling those tones gave my mind and body at times.”

He continues, expressing how he has emotionally processed his music, as well as the challenge he faced in his earlier years. “After I finished a track like ‘Mourn’ or ‘Trucid’ [songs off of Hell III and Hell II respectively] for example, I would listen to the finished track over and over until it felt like it had left my soul. After that, I would feel a little better, mentally. In the earlier Hell years, I was using lots of drugs and drinking [an] insane amount of alcohol. And those things did not help my anxiety get any better at all, but they did help me stay creative because I would use the anxiety to write the music. Sounds insane probably but it worked for me.”

Today’s societal climate is full of constant negativity and anxiety; in trying to make it through the day, M.S.W. sees that one should maintain some perspective. While the noise all around us is overwhelming, there is a means to find peace.

“People have always been around negativity, but it doesn’t have to be constant,” he says. “It all depends [on] how you look at everything. If negativity is what you want, it isn’t hard to find. Positivity is a bit harder to find, but it’s there. Time will always go on whether we are here or not. Things will get better, and things will get worse, depending on what you view as right or wrong especially. Try leaving social media platforms and being more creative with your time. Works for me.

“I’ve tried almost every way to get rid of my anxiety, depression, and random mental states of panic,” he continues. “The best way that I’ve found works for me is lifting weights and playing music. I am lucky enough to have the musical ability to create and record music whenever I need too.”

“Nuumen” offers an esoteric aura; guitar notes emit a bright twang against a hazy, distortion- filled background, additional guitar wailing blending in. M.S.W.’s haunting vocals cry over the instrumentation, adding a ghostly layer to the track. Coming in at just over nine minutes long, “Nuumen” is a hypnotic composition that drones forth in a rage. The split as a whole exudes a tremendous amount of emotion, embodying immense tension.

In commenting on Hell’s partner band on the newly released split, Primitive Man, M.S.W. says, “Their music sounds like an image or scene. When I listen to Primitive Man, I picture destruction, everywhere. I haven’t sat down to read their lyrics, but I get that same feeling listening to their music, that I would get finishing and listening to some of my music. That relieving feeling.”

The psychology behind humanity’s interest towards the dark and ominous has always been a fascinating one; even in the grim auras and annihilating instrumentation, there is a core element to doom and sludge music where one can find stillness. This split allows M.S.W. the chance to work through his struggles and provide the opportunity for listeners to find some comfort in this world.

In confronting oppression and anxiety, M.S.W. sees the possibility in the new Hell song to encourage perseverance, or at least a solid time in letting loose. Even if it’s rife with darkness.

“The lyrics are pretty negative; the only inspiration that someone could get out of ‘Nuumen’ is to push through the pain to come out stronger in the end,” he says. “People should pour themselves a drink, sit down, throw the record on and turn it the fuck up.”