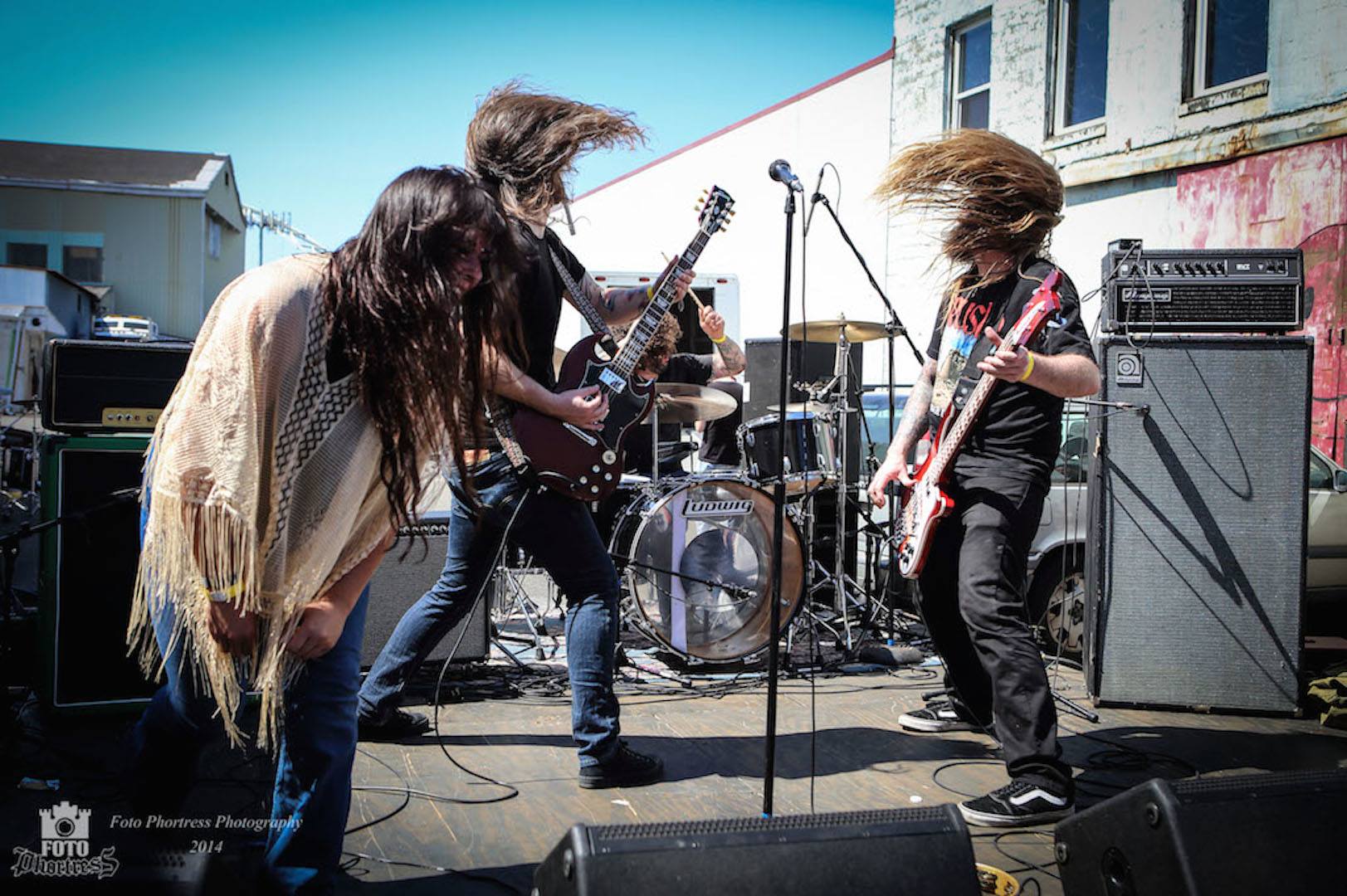 On Friday, April 6, Portland’s Holy Grove will release their new self-titled album via Ripple Music. Today, Treble is premiering the full album stream ahead of its official release. It’s a heavy and dense set of doom metal and stoner rock, balancing some massive riffs with melodic vocals and spacey effects. The band at times recalls the desert boogie of Kyuss in their prime, but when they stretch out into some more cosmic doom sounds they find a middle ground between the operatic grandeur of Candlemass and the more contemporary fuzz of Windhand. It’s badass, monumental metal and it rocks hard.

“Holy Grove have already proven to be one of the rising forces in the doom scene, with their atmospheric yet crushingly heavy sound,” says Ripple’s Todd Severin. “Thrilled to welcome them into the family and spread their music around the world.”

Listen to the Holy Grove self-titled album stream below.

The band is also performing on April 20 at Stumpfest in Portland, with Windhand, Emma Ruth Rundle, Ruby the Hatchet and Black Mare.