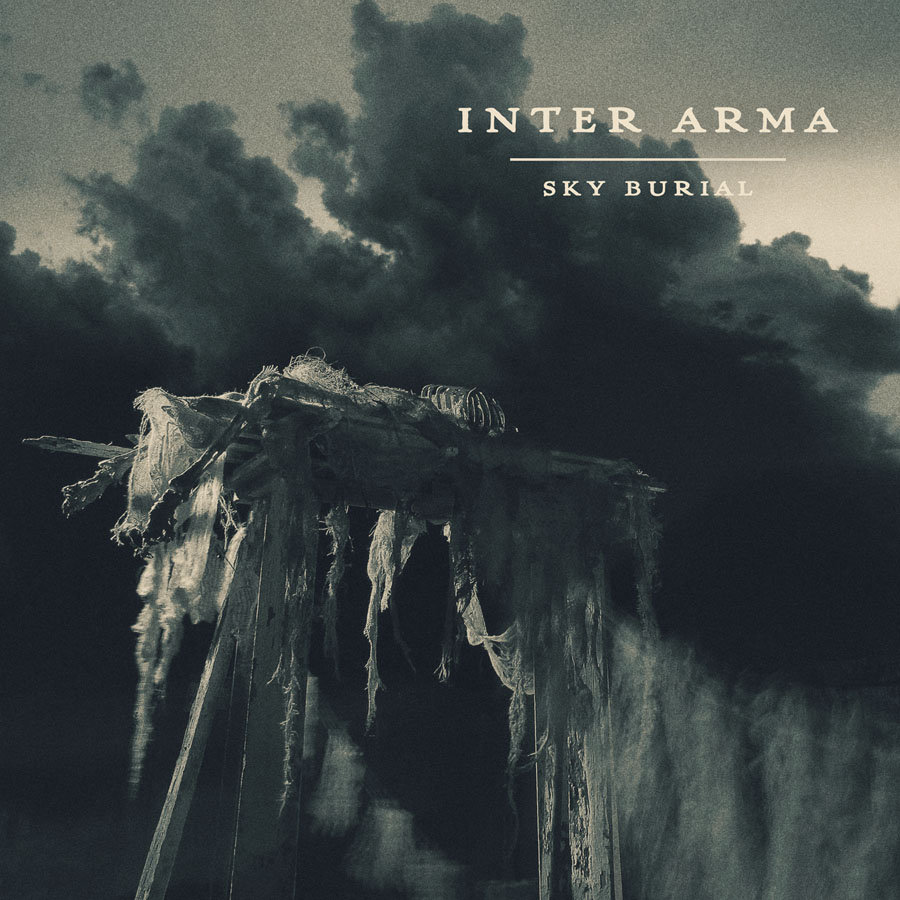 By my count we’ve survived three end-times predictions in the last two years. That either means our society is pretty robust at fending off the apocalypse, or nobody can really predict when the end is going to come. There’s no point in even opening up a debate—obviously it’s the latter. Harold Camping certainly earned his Ig Nobel Prize, and the Mayans weren’t wrong about anything—they knew how to read their own fucking calendar. Somehow eschatological cultists somehow always find a way to translate an ending as the end. But predictions of the world’s end have been happening for a long time, particularly in metal songs. Metallica warned of the “Four Horsemen,” Iron Maiden counted down “2 Minutes to Midnight,” pretty much every Slayer song ended up in Hell, and Sabbath forecast doomsday many times over throughout their career.

Richmond, Va.’s Inter Arma naturally gravitate toward the apocalyptic and the bleak, the eight tracks on their Relapse Records debut Sky Burial often guided toward grim and harrowing ends. The title, itself, is a reference to a Tibetan practice of leaving a body to decay in the natural world, perched up on a mountain to be subjected to the elements. It’s a horrific yet spiritual image, which is emblematic of the album as a whole. Inter Arma, through an intense and constantly evolving atmospheric metal sound, embark upon such a spiritual journey with Sky Burial. It’s a road littered with bones and fraught with terror, yet there’s a kind of enlightenment to be achieved by following where its menacing, epic tracks lead.

At first glance, Sky Burial is a forbidding monolith of a record, spanning 67 minutes and fully half of its tracks stretching out for more than 10 minutes apiece. Inter Arma indeed go long, though there’s more to their sprawl than mere endurance tests or ethereal drift. There’s an interconnected flow throughout the album, each song bleeding into the next, yet each track is its own self-contained sensory experience, massive, churning and hypnotic. And within those each track are various movements and sections, no one song ever remaining in one place for too long. “The Survival Fires” leaps from surging blast-beat rumble to an ominous, sludgy crawl. And “Destroyer” lurches with creeping terror and vocalist Mike Paparo’s chillingly reverberated shriek, only to arise to a mighty, Godspeed You! Black Emperor-like post-metal soar. Inter Arma’s is a doom that changes shape and adapts with ease.

Admittedly, there is a lot happening on Sky Burial, though it’s never random, the deft musicians of Inter Arma taking great care to guide each track purposefully through a path of resolution. “The Long Road Home,” inspired by the story of a friend of Paparo’s who had separated himself from society and essentially prepared for his own death, mirrors the themes of soul-searching and greeting fate via a lengthy seven minutes of instrumental Americana that climaxes in a final three minutes of sublimely melodic black metal. “Westward” opens with TJ Childers’ spare bass-drum boom, gradually ushering in a psychedelic swirl of guitars and one of the hardest hitting grooves on the album. Yet even when pared to a reasonably simple progression, as on the vicious noise rock pummel of “’sblood,” has a powerful, affecting quality in its mantra-like repetitions of shedding the dogmatic and its hypnotic tribal rumble.

As a musical unit, Inter Arma is highly evolved. Other than the idea of simply creating immense, affecting and truly heavy music, there’s no one unifying sonic quality. Sludge, black metal, doom, noise rock, prog rock, post-rock — each of these styles plays a pretty significant role in the group’s identity, which shrugs off the kind of genre conservatism that tends to exist within metal’s ranks. But as the earth changes, and its landscape ultimately grows more hostile, natural selection favors those with the ability to change and adapt. The traditionalists had a good run, but their day has passed, for it is those like Inter Arma, staring down those headwinds and pushing beyond boundaries, that shall inherit the earth.