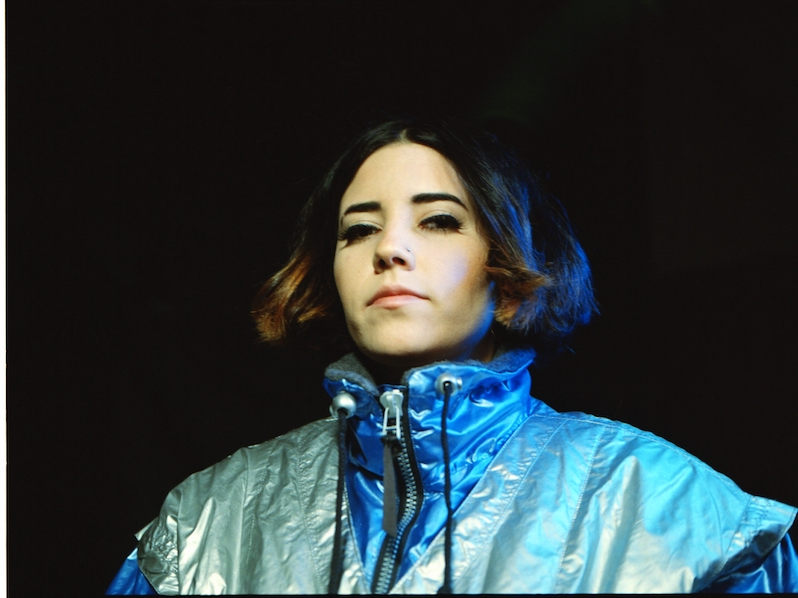 There’s a kind of irony to Jackie Mendoza’s latest single being called “Mucho Más,” when it feels so minimal. It’s a headphone feast, with electronic chords, distorted booms, a permutation on a reggaeton beat and her own vocal presence, but everything fades in and out, each element a transient part of a stylishly fragmented whole. Yet the “Mucho Más” of the title isn’t specifically about the deceptive arrangement or the stunning whole created by so many disparate parts. It’s about how depression and anxiety can stand in the way of something better; the key phrase in the song that the Chula Vista, California born and raised artist returns to is “Hay mucho más allá”—there’s much more out there. So “Mucho Más,” in a sense, feels like the creation of an internal world, one where nothing feels quite stable, but ideas arrive like lightning strikes. It’s a song of possibilities—that Mendoza has made them real, and stunning, is what makes “Mucho Más” more than the sum of its parts.