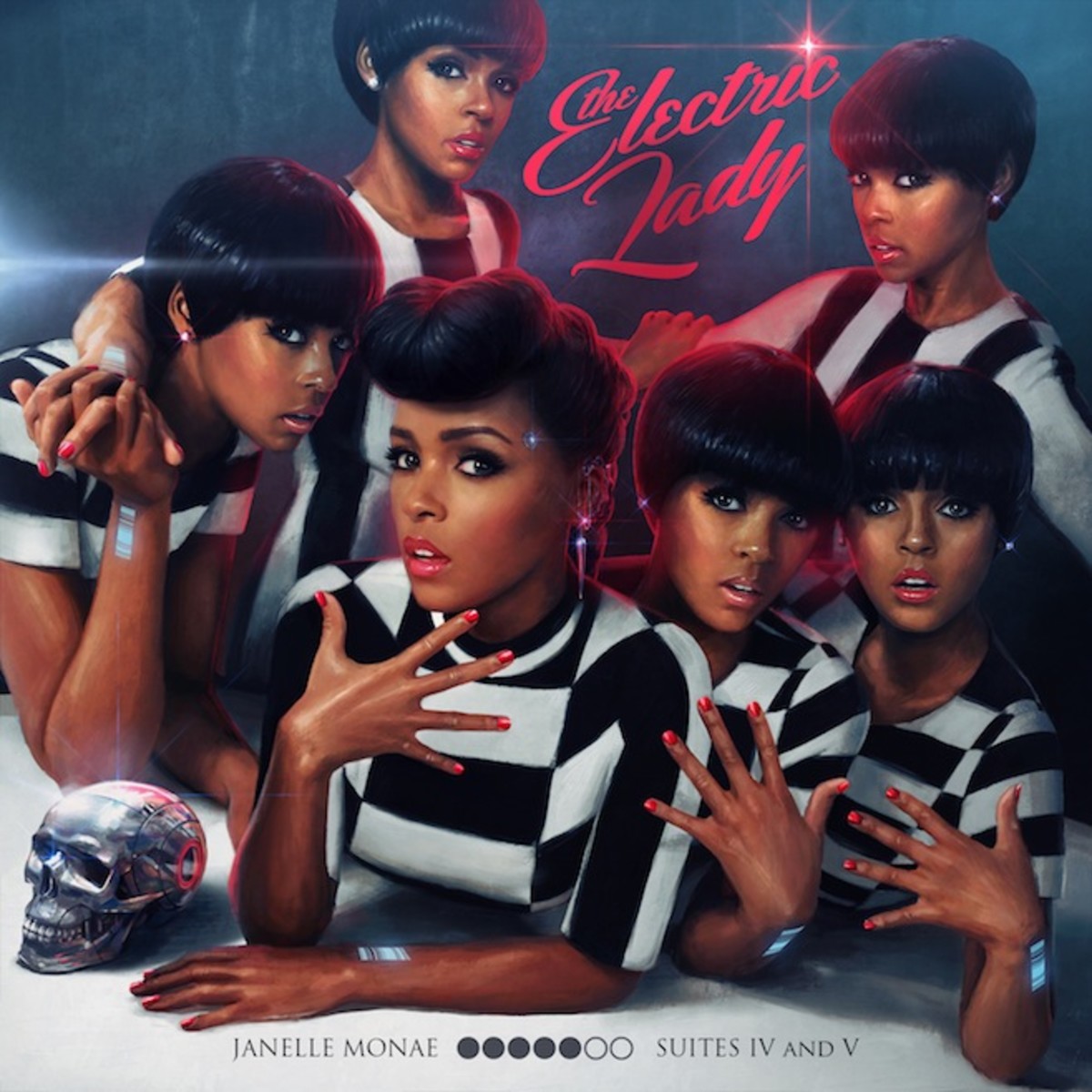 How does one follow up an album like The ArchAndroid? Janelle Monáe’s expansive 2010 debut—which fused indie-pop, soul and funk with experimental and sci-fi elements — presented itself, almost literally, as the future of pop music, setting a pretty high bar for the Kansas City native. The success of that debut saw Monáe’s fanbase widen dramatically, opening the door for mainstream success, but with a bar set so high the first time around, odds stacked up against exceeding those expectations, let alone meeting them. Not that Monáe hasn’t learned to walk a tightrope — and with style at that.

The release of her single “Q.U.E.E.N.” only complicated this precarious position. On one hand, Monáe could hardly pick a better collaborator for her funky, reflective style than Erykah Badu, and the single rocked pretty hard. But this track was no “Tightrope,” its production so polished that her eccentric influences took a couple listens to recognize. And while there were certain innovative elements at play, it didn’t have the same art-pop appeal as before. On the surface, The Electric Lady project initially pointed toward an R&B sound that more or less scaled back on the massive scope and size of The ArchAndroid.

In some ways, that was a pretty accurate assumption. The Electric Lady encompasses all the influences and ambitions of The ArchAndroid, if not more. But rather than creating another collection of distinctive, schizophrenic, genre-benders, Monae has reined in those elements to create an ambitious R&B collection. To be sure, you’ll find no “Cold War” or “Mushroom & Roses” on this album. There are no bizarre treatments on the singer’s voice, no songs that stretch much past five minutes, and no strange genre jumps. Undeniably, the line Monáe straddles is much thinner this time around. But in that focus she finds a level of concentration and focus that isn’t present on any of her previous recordings.

As far as format goes, Suites Four and Five of the Metropolis series—which are contained here—are similar to the first three. Each section opens with an orchestral theme, the transitions between tracks are seamless, and all the collaborations are well picked for the song. However, that’s possibly where the strict comparisons begin to blur. The sequencing of The Electric Lady feels much more like a pop-album. The production is much more electronics-oriented, with 808s and synths running wild. Funky R&B is the domain of every track, with soul, gospel, electronica, hip-hop and even pop-punk sneaking in on occasion. But on the whole, Monae doesn’t stray that far from that central focus.

However, that’s not to say that this is a typical R&B album. While the basic beats and song formats follow more traditional cues, Janelle & Co. do their best to make this album strange as possible. “Give Them What They Love,” featuring Prince, has a perfectly gritty rock feel—as much of Prince’s material does. “Primetime,” which features guest vocals by Miguel, offers a brilliant take on a slow jam. The more upbeat “Dance Apocalyptic” and “Sally Ride” are among Monáe’s most stunning performances; “Electric Lady” (featuring Solange), “Ghetto Woman” and “Q.U.E.E.N.” offer enough empowering lady-power to give Beyonce a run for her money; and “What An Experience” offers a more fulfilling closer than 2010’s “BaBopByeYa,” leaving the listener with a rich, warm embrace. And throughout it all, Monáe’s band kicks absolute ass, nailing every detail just like they did on The ArchAndroid — whenever things begin to feel too traditional, they’re likely to throw a sonic curve-ball. But the difference here is that these innovations are just momentary distractions from the overall groove.

Those expecting The ArchAndroid II should go ahead and sit this one out, because you won’t find that in The Electric Lady. Here’s what you will get: The same breathtaking Monae; the same incredible band; the same strict dedication to high-quality art. There’s even a good amount of utopian android metaphors and even a few skits to make sure you get the message. Monáe has taken her sound in a more radio friendly direction, but with that transition she’s brought a massive arsenal of talent, inspiration, artistry and an incredible work ethic. Even if the music does, that will probably never change.