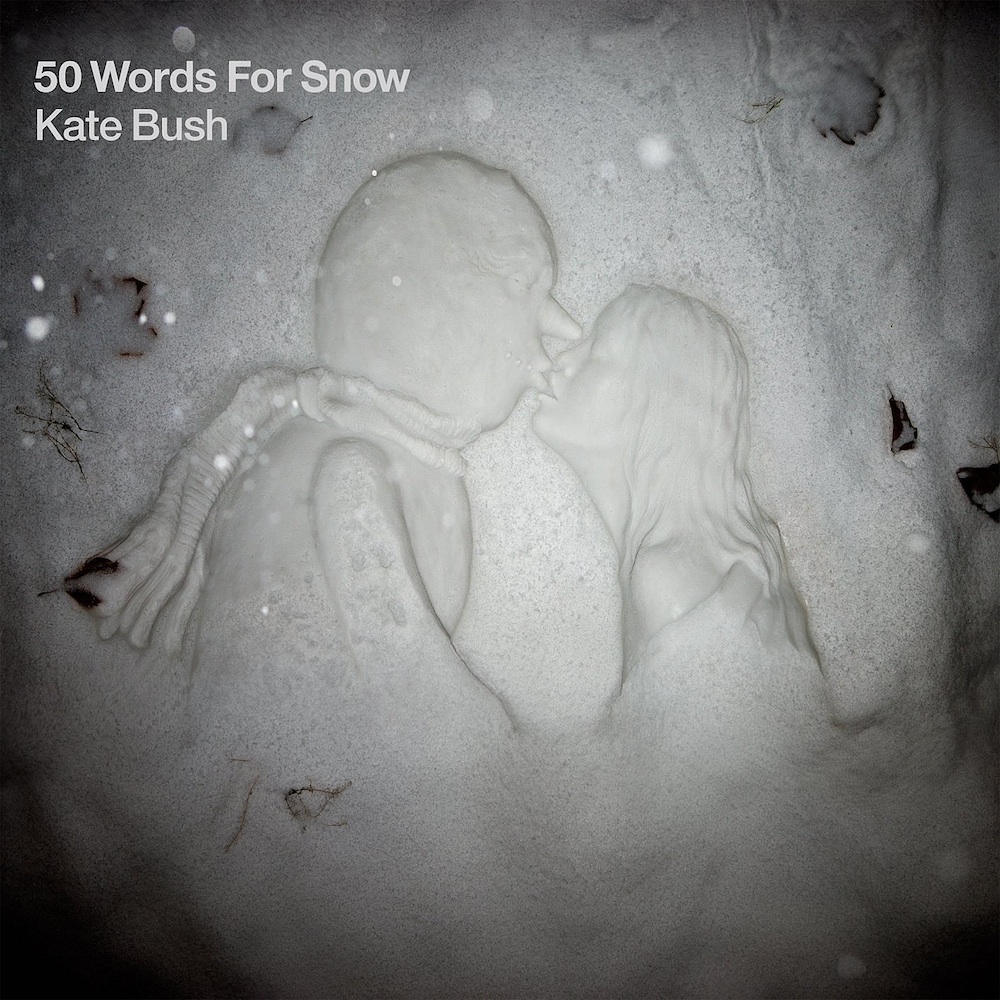 Kate Bush released only one album during the ’00s, the epic double feature Aerial, but in spite of her absence, her influence has continued to loom large over pop music in recent years. Florence and the Machine has maintained a heavy dose of Hounds of Love in her pop anthems, perhaps the most visible charting artist to do so since Kate herself, though there are definitely others. Bush’s artful grandeur has seeped into the works of Bat For Lashes, My Brightest Diamond, Shearwater and, to a lesser degree, St. Vincent. She’s gotten big ups from Big Boi, and is apparently part of some unifying theory of hip-hop, according to a ganja-fueled stage routine by Das Racist. As heartening as it is to see Bush’s legacy loom large in newer acts, however, sometimes you just can’t beat the real thing.

Bush’s tenth album and her second this year following the collection of re-recorded material, The Director’s Cut, 50 Words For Snow is a snapshot of an artist who, even after a much sparser output in recent years, continues to operate from an advanced playbook. The album is identifiably Kate’s, in terms of aesthetic details, sheer idiosyncrasy, and her inimitable vocals. But it’s also far less immediate, a kind of loose concept album of lengthy ballads that unfold slowly and venture into subtly haunting spaces via artful, atmospheric arrangements. And as with all of Bush’s best material, it’s charmingly weird.

As implied by its title and admittedly goofy cover art depicting a woman kissing a snowman (carved in snow no less), 50 Words For Snow is a winter album. It’s not a Christmas album, though Bush already had the holiday record covered back in 1980 (“December Will Be Magic Again“). Rather, this is an album of songs designed for listening in the coldest winter months, when the snow piles high outside and sunlight is just a fleeting visitor only to disappear for days at a time. And as such, it’s absolutely gorgeous. The arrangements on the album’s seven songs, which range from six to 13 minutes in length, are spacious and delicate, frequently evoking the breathtaking post-rock of late-period Talk Talk, albeit given Bush’s own eccentric stamp of authenticity. There is a majesty to these songs that can be easily appreciated upon first listen, but their minor, delicate details encourage repeat listens. It’s an immersive experience, by design I would imagine, akin to that of slowly being blanketed with tiny frozen flakes.

When exploring these wintry themes lyrically, Bush begins to reveal more of the unconventional nature of her songwriting. In the truly amazing opening track, “Snowflake,” Bush is snow personified, with phrases like “I am ice and dust/ I am sky” and “Be ready to catch me” projecting an almost literal image of falling from the sky. That, however, is just the beginning. Bush trades verses with Sir Elton John on the heartbreaking “Snowed In On Wheeler Street,” narrating an epic and continually tragic romance that references World War II and 9/11. Then there’s the outstandingly peculiar “Misty,” which finds her building a snowman only to, apparently, have sex with him, and it ends just as well as you’d expect: “So cold next to me/ I can feel him melting in my hand/ melting, melting, in my hand” It’s strange, but oddly affecting, in a way that only Bush herself could deliver so convincingly.

Though the vast majority of 50 Words For Snow consists of beautifully sparse art-pop ballads, those few moments in which Bush and her collaborators raise the tempo provide some welcome invigoration. First single “Wild Man,” with its Fleetwood Mac-style melody and bizarre choral vocal featuring Andy Fairweather Low, follows second-hand Yeti sightings through a powerful pop epic. The psychedelic, trip-hop styled title track, meanwhile, finds Bush coaching and counting along with actor Stephen Fry, who runs down a very literal list of 50 synonyms that range from the poetic (“elderfalls”) to the absurd (“blown from polar fur,” “whippoccino”).

On 50 Words For Snow, Kate Bush juggles a heady mix of graceful abstraction and curious humor, much like she always has. But no matter how exaggerated the latter, it’s actually that sense of grace and beauty that ultimately defines 50 Words For Snow. It’s an album that asks of ample time and attention from the listener, but pays repeated dividends on that investment. As the mercury continues to drop and the sky grows ever more grey, this album will provide excellent company.