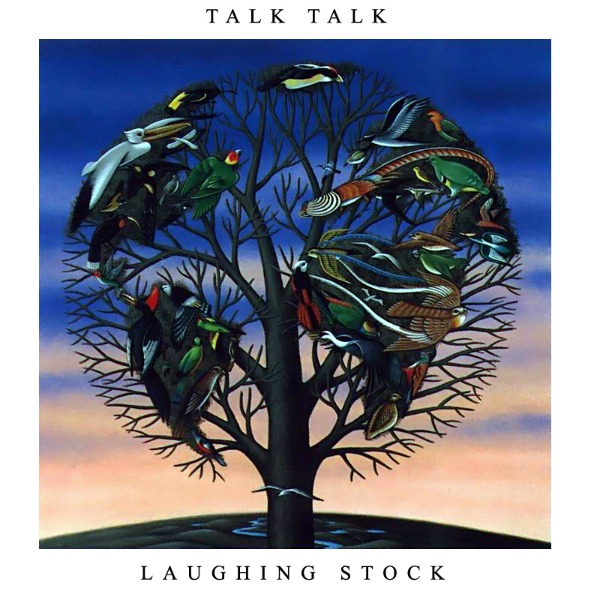 It takes a rare and special band to write and record five separate albums which all sound completely different from one another. One could easily point to Radiohead, who went from radio friendly alternative rock to space rock to something that combined IDM, krautrock and the occasional rock anthem. Another such band is Liars, who have done dancepunk, avant garde soundscapes and even some biker metal. But there’s likely no better example of a band that has progressed from one sound to end up with one so drastically disparate as Talk Talk. Their debut The Party’s Over introduced them as new romantics, while It’s My Life found them exploring gauzier textures within a synth-pop realm. With The Colour of Spring, they began to veer into an atmospheric and experimental pop sound similar to that of Japan, and on Spirit of Eden, ambience permeated their repertoire. Yet the culmination of all of their efforts, the defining Talk Talk album in spite of being just one chapter in their ten year evolution, was Laughing Stock.

Laughing Stock, easily Talk Talk’s prettiest and most oblique album, has long been credited as the birth of post-rock. Now, defining post-rock itself can be a dicey task, particularly because it can entail just about anything that’s a little bit rock and a little bit anything else. But to put it in an easier to dissect example, the foundation that Talk Talk laid out on Laughing Stock can be traced to bands like Mogwai and Godspeed! You Black Emperor to Sigur Rós, and to some extent, even Isis. That’s not to say they all sound exactly like Talk Talk, because they don’t. Yet the sheer audacity and artistic vision behind Laughing Stock became an inspirational Mt. Everest for those attempting to look past a verse-chorus-verse framework. Many would set out to reach the summit, but few would succeed.

To a certain extent, Talk Talk were still playing pop music on Laughing Stock, but it was far more concerned with textures and space than with hooks. This wasn’t radio friendly music by any means, and yet it remained accessible, if for the fact of its sheer grace. It’s an album that requires full immersion on the part of the listener. One must take in every note, and bathe in its warming rays. Though a song like “Myrrhman” may avert an easy construct of pop songwriting, it slowly unfolds, with each component opening up delicately yet colorfully, seducing the listener with its gentle tones. A plucked guitar breaks the stillness, as Mark Hollis recites abstract lines: “blessed love/ the love I’ve seen/ stair by idle stair.” Only the addition of a trumpet seems to suggest anything beyond its barely there, minimal arrangement, but even this one small ornamentation is executed with brilliance and dramatic flair.

By comparison, “Ascension Day” more closely resembles a “rock” song. A jazzy, shuffling beat propels the track toward a monumental explosion of distorted guitar before the one-minute mark, while Hollis’ expressive croon, organ and even harmonica soon layer upon each other, making for an intense and soaring production. “After the Flood” takes that even a step further, its nine minutes and 39 seconds containing an emotionally-charged epic of swirling atmosphere and melancholy melodies. Hollis’ vocals become even more mournful and evocative during the climactic lines, “shake my head/ turn my face to the floor/ dead to respect/ to respect to be born/ lest we forget who lay,” which gives way to a bizarre solo of squealing noises. “Taphead” provides a meditative respite from the big arrangements and dramatic shifts in volume and tone, opting instead for an abstract ambience.

“New Grass” is, one could argue, the pinnacle of Laughing Stock, being the longest song on the album (by a mere one second) and a strong combination of all of the band’s influences and melodic elements—rock, jazz, ambient, classical, even a bit of soul. A steady waltz beat shuffles beneath the grand highs and lows that occur overhead, and if one were to remove said beat, that one missing element would transform the song entirely. Each small part of a Talk Talk song is, in fact, a crucial part of a greater whole, and though so much seems to occur in just one track, one could easily focus on just one aspect at a time.

Laughing Stock closes with “Runeii,” the shortest song at 4:58 and a serene balance of Hollis’ quiet, gentle vocals and a sole, bassy guitar with a fair amount of reverb. Ultimately, an organ enters the spectrum, but by and large, “Runeii” is more about the space surrounding than the sound itself at times, which is something that vastly sets the album apart from so many others. At times the atmosphere may be packed with sonic thunder, and at times silence seems to play the lead, with melodies merely dancing around it. Yet now matter how much or how little Talk Talk uses, each track is so impeccably crafted, that every element is essential to the final product, and that final product is absolutely perfect.

Talk Talk’s Spirit of Eden is a transformative masterpiece