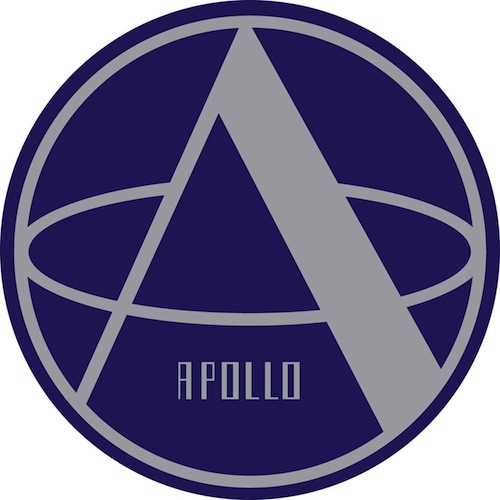 Leyland Kirby’s latest release is being billed by Apollo – the ambient division of R&S Records – as one that deals with themes related to his formative years spent in the midst of British rave culture. It hardly needs to be listened to as such though, and it almost seems wrong to try to tie the four pieces on this EP to any sort of fixed content. While they all bear some resemblance to earlier works, both those released under his own name and as The Stranger, each is its own little individual trip to a nowhere of any available grid.

The title track is the most reminiscent of the material on the last Leyland Kirby full-length, 2011’s Eager to Tear Apart the Stars. It feels unstable, as if it could collapse in on itself at any point, and because for the most part there is very little repetition, it disorients, towing one further and further out to sea. When an arpeggio does rise out of the haze, conferring a greater sense of the track’s structure, it has the strange effect of making it feel as if one is listening to the ghost of another, hardly remembered piece of music. It’s as if the soul of that other track, some formless essence, had been sucked out, taken hold of, and diffused into a chance arrangement arranged by the whims of passion.

“Last Ditch Legacy” sound like a woozy, industrial hip-hop instrumental, and it’s bolstered by ravey hollowed-out synth melodies that give it a completely different energy than the other elements at work in it. Its rhythmic sense and circuitous structure make it otherwise akin to the middle section of Watching Dead Empires in Decay, Kirby’s release as The Stranger from last year. But whereas that release was made up of strictly grays and blacks, “Last Ditch Legacy” seems to have shards of color broken up and mixed in, however muted they may be by the thread of melancholy that runs through it.

A cold blue-green is emitted by “Diminishing Emotion,” my favorite piece on the EP, a minimalist, meandering sequence of sub-aquatic synthesizer sounds. Initially, I kept feeling as if I was listening to a track I had heard before, but as it turns out, Kirby’s piece simply bears some similarity to Jon Brooks’s “Sea Floor Spread,” from last year’s Applied Music, Volume 1. It also brings to mind Norm Chambers’s turn as Jürgen Müller for Science of the Sea. Submersion in oceanic depths replaces the sensation of floating in space delivered by the title track, which also characterizes a good deal of Kirby’s output under his own name.

The EP concludes with “Staring Down the Sun,” which seems to begin in the middle of things, as if we have stepped into a jazzy techno track already halfway through, halfway trollied, stumbling. It takes us around in circles, ornamenting the path to nowhere with chaotic runs, before sputtering out altogether. I’m not really sure how to sum up this EP. It seems to be part of the general expansion of the sound world of Leyland Kirby, picking up where the Intrigue & Stuff series left off, and it still carries that trademark effect of his work: it intoxicates but all too often makes one feel excessively conscious and ill at ease with the implications of that intoxication.

Jürgen Müller – Science of the Sea