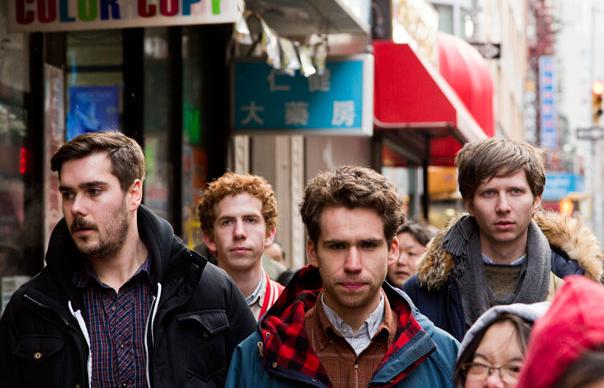 Parquet Courts have just debuted a new track, “Black and White,” from upcoming album Sunbathing Animal, their follow-up to last year’s Light Up Gold. Yet, before revealing the studio version of the track, which you can stream below, the band performed it on Late Night with Seth Meyers. And similar to how Paul Shaffer played organ with The Pixies on Letterman that one time way back in 1992, the group was joined by Fred Armisen, who is the bandleader for the Late Night house band.

Check out two versions of the track below: The studio version and the performance from Late Night With Seth Meyers. Sunbathing Animal is out June 3 via What’s Your Rupture?/Mom + Pop.