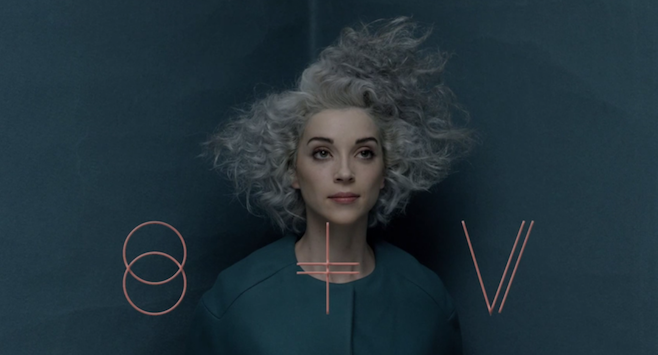 Following the debut of “Birth in Reverse,” the first single from St. Vincent‘s new self-titled album — which is her follow-up to 2011’s Strange Mercy and one of our most anticipated albums of spring 2014 — comes a brand new Annie Clark original titled “Digital Witness.” It’s an upbeat jam that brings a little more funk than usual (not unlike her work with David Byrne on Love This Giant), with a meaty dose of horns and synth, and a big chorus that rocks as only Annie Clark can. You can listen to the track below via the YouTube clip, which isn’t technically an official video, but has visuals, for what it’s worth.

The new John Congleton-produced album will be released Feb. 24 via Loma Vista.