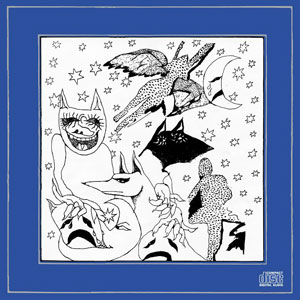 Noisy rock music may well come to dominate 2013. Amherst, Mass. trio California X already cast their own thunder with their recent self-titled album, and in April, Olympia fuzz freaks Milk Music are entering the fold with some new noise of their own. Recently signed to Fat Possum, Milk Music, whose self-described style is “too straight for hippies, too far-out for punk,” makes a fine case for a thriving Replacements and Husker Du-inspired middle ground.

“I’ve Got a Wild Feeling,” the first new track from upcoming album Cruise Your Illusion, is a nice showcase for both the band’s meaty punk sound and unforgettable knack for melody. It’s a rocking tune, but one that carries a tinge of sadness in its distortion-laden hooks. Slide riffs underscore singer/guitarist Alex Cohen’s confessions like “I had my time/ I blew it away,” and mentions of “dancing naked in a state of bliss/ with a cobra in your fist.” It’s the carefree sound of feeling that carefree feeling slipping away. Melancholy never felt so good.

[found on Cruise Your Illusion, Fat Possum; out Apr. 2]