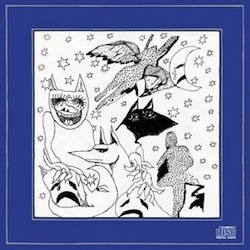 Conventional wisdom has long held that punk was a reaction to classic rock — a statement to oft-repeated and accepted as fact that it’s become cliché. That may have been true at one time; lord knows Johnny Rotten had little tolerance for standards and tradition back in 1977. But it’s also kinda bullshit. Because, really, punk rock is simply classic rock played a lot faster (try playing a Clash album at half-speed to get a better feel for how true this is). In 2013, however, fewer punk and punk-influenced bands are even bothering to hide their affection for the pre-punk 1970s, most shamelessly of all The Men, who on new album New Moon have essentially moved on from noisy post-hardcore to playing a slightly more chaotic version of Crazy Horse. Olympia’s Milk Music haven’t quite gone that far, but with Cruise Your Illusion, the band’s Fat Possum debut, punk and classic rock are treated with mutual reverence.

Milk Music began a slow ascent toward buzzdom in 2010, with the release of their outstandingly dense fuzz-punk EP Beyond Living. Yet the Pacific Northwestern scuzz-sters took their time in putting together a proper full-length — long enough, in fact, that the group sounds considerably different than how many listeners likely discovered them in the first place. Cruise Your Illusion, though still fuzzy and beaming with energy, benefits from a glossy sheen of studio polish. The distortion doesn’t come layered quite as thickly, and the solos come at a much more frequent clip. Still, beneath all of the laid-back earth-tone chugs and grooves, Milk Music still hasn’t entirely let punk out of their system.

As with their like-minded comrades in The Men, Milk Music display a pronounced Crazy Horse influence on Cruise Your Illusion, to an even more explicit degree — opening instrumental “Caged Dogs Run Wild” is a stunning mixture of minor chords and solos, as if lopped off from an extended take from Everybody Knows This Is Nowhere. As the album progresses, however, the tempo picks up and the fuzz grows denser — grungier, even. The delightfully sloppy sludge of “Illegal and Free” is more Pavement than Hüsker Dü, while the hard-charging “New Lease on Love” provides a ferocious enough backing that Alex Coxen’s mumble “Such a motherfucker!” almost goes unnoticed. And by the time the band makes it to fourth track “Cruising With God,” they’re holding precious little back, sludge-wise.

For as many promising moments that emerge in the first third of the album, however, the main attraction doesn’t truly arrive until after “Crosstown Wanderer.” The alternately understated and soaring “No, Nothing, My Shelter” is one of the album’s most sublime moments, maintaining an edge and efficiency while reaching for something bigger and more universal. Ditto “I’ve Got a Wild Feeling,” in which Coxen grows more melancholy, singing “I had my time/ I blew it away.” Listening to Cruise Your Illusion, one gets the feeling Milk Music might have been more at home 30 years ago, though their time has far from blown away. Listen a little closer and the opposite appears to be true — their time appears to be just arriving.