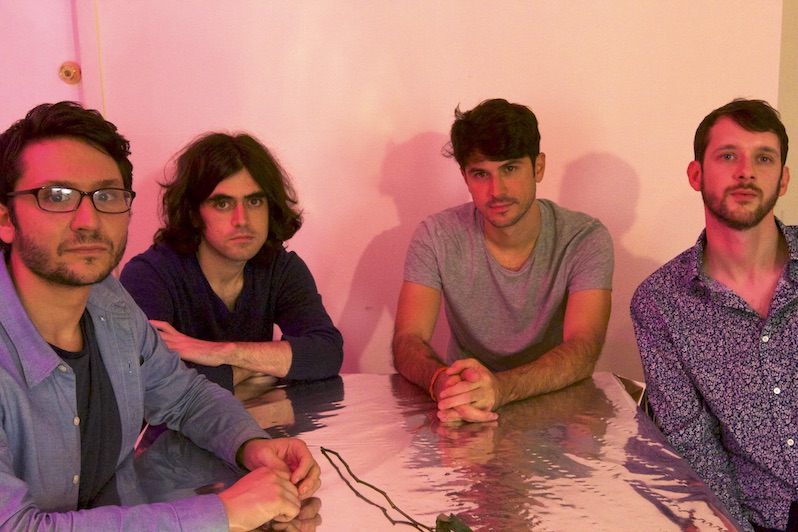 On November 22, New York power-pop group Miracle Sweepstakes will release their new album, Rorschached, via One Weird Trick. And today they’ve released a new video for the single “Relative Mind,” an upbeat, piano-driven pop gem reminiscent of a lot of ’70s-era greats like Todd Rundgren, as well as ’90s alt-rock in the vein of The Posies and Matthew Sweet. It’s one of the catchiest tracks you’ll hear all week, and its video, directed and edited by Daniel Neal, depicts the band jamming in a room wrapped in aluminum foil. It’s pure pop euphoria to help get your week started right. Watch the Miracle Sweepstakese “Relative Mind” video below.