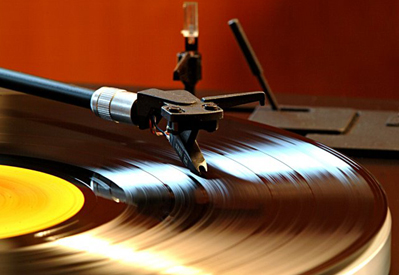 For more than a decade, armchair pundits and critics have voiced their two cents about the imminent death of the album as a format, and just how much life support is necessary to sustain it, or whether the plug should be pulled once and for all. Once upon a time this may very well have proven to be a sexy headline. And it may also have at one time been a novel opinion. But the phrase “The album is dead,” whether uttered with a question mark or an exclamation point, has surpassed the point of novelty and has since become a statement with less impact or poignancy than the format it eulogizes. That does not, however, mean it is any more or less true than it ever was.

The primary source of the debate over the album’s vitality stems from the state of the music industry itself, which is nowhere near as influential or powerful a phenomenon as it once was. In the ’90s, or even the first half of the ’00s, it was commonplace for an album to reach the top spot on the Billboard charts with sales of more than 1 million units in its first week. Yet two indie rock heavyweights (a relative term, for certain), Arcade Fire and Vampire Weekend, each cracked the number one spot with sales of around 100,000 each. For independent musicians, this is a good thing. In fact, 20 years ago, it wasn’t even achievable. But for the industry at large, it’s indicative of bigger problems. For an artist to reach the top of Billboard‘s album chart with one tenth the sales that it used to require reveals more than a little weakness in demand.

People are still buying music in huge numbers, but by and large there’s an increasing shift toward individual tracks. Digital music sales accounted for 40 percent of the market in 2009, and digital albums as compared to individual tracks were but a small fraction of the total sold. But there’s something important to note from this trend: if the album is, indeed, endangered, it’s as a product rather than an art form.

This is where the argument becomes a little less sexy, or at the very least, less romantic. When Broadcast.com founder and Dallas Mavericks owner Mark Cuban said the album was dead (and subsequently suggested a subscription model), he was specifically referring to something that people were willing to spend money on. And that’s an important point to make. To some degree, when something loses its value in a commercial market, it loses influence. And the less people are willing to pay for something, the less money will, in turn, be fueled into producing them and marketing them. But then again, tens of millions of albums are still being sold, even if those numbers are spread out across a wider spectrum of artists.

It’s likely that we’ll never see the likes of a Thriller or Back In Black or Rumours or Dark Side of the Moon again. It’s more than a little mind blowing to consider these albums sold tens to hundreds of millions of copies. More interestingly, each of these albums is emblematic of the album format, intended to be heard as a complete whole, flipped from side A to side B. And each one has been dubbed a masterpiece from legions of fans and critics, thereby appeasing both elitist and populist palates alike.

Revered and honored as these albums may be as powerful artistic statements, they’re hardly the standard. An artist may have a specific ideal for how his or her album should be presented, which means a specific grouping of songs, with a specific sequence. But record labels have been shuffling track listings since long before Apple introduced the iPod. Albums released in both the United States and the U.K. have frequently been released in drastically different forms. This was especially true in the 1960s, in which two radically different versions of The Rolling Stones’ Aftermath, The Jimi Hendrix Experience’s Are You Experienced? and The Kinks’ The Village Green Preservation Society were issued. And for that matter, early recordings by The Rolling Stones and The Beatles were compiled and shuffled numerous times, sometimes for practical reasons, but nonetheless altering whatever finished piece each respective band had initially sequenced.

Since the age of the CD, however, the album has only become even more mangled. I suggested, recently, in an online discussion that The Police’s “Murder by Numbers” was one of my favorite album closers. This, however, was shot down as invalid, as the original LP sequence of Synchronicity ends with “Tea and the Sahara,” as “Murder” was a CD-only bonus track. Never mind the fact that there are thousands of fans on the Internet still invested enough in the format to argue about such details, this exchange merely provides another example of how malleable a format it is. Another example, The Cure’s Disintegration, an album I’ve already spilled a lot of ink over this year, featured two bonus tracks on its CD release, which have since been added to the vinyl reissue and with good reason — without “Last Dance” and “Untitled,” the album seems slightly incomplete. A more blatant and desperate example in recent years is Bloc Party’s A Weekend In the City, which had a unique bonus track for every big box seller and online retailer, adding up to an entire full-length’s worth of bonus tracks, which many considered better than the original album.

When it comes to the album as an art form, clearly there are compromises to be had in order to make it a viable product to be sold. Punk rock idealists may cringe at the notion, but that’s how it’s always been, and perhaps how it shall remain, unless the lumbering dinosaur so many naysayers wish to club to death breathes its final breath. The problem with making this pronouncement, however, is that plenty of artists are still making really good, even great albums. Last year, Grizzly Bear’s Veckatimest, The Antlers’ Hospice, Baroness’ Blue Record and Bat For Lashes’ Two Suns emerged as stunningly cohesive and finely crafted pieces of art, albeit albums that could be enjoyed in pieces if the listener so chooses.

One of the most incredible albums released thus far in 2010, however, is Harvey Milk’s A Small Turn Of Human Kindness, a sludgy, harrowing seven-song journey that’s far more poignant and eye-opening when heard as a whole. And more than any other album released this year, it’s an example of a complete piece of art rather than merely a collection of songs. It begins with an ominous sound but only grows more brutal and intense as it reaches a final climax, making the journey more important than the individual stops. A Small Turn is a unique sort of album, but it’s far from the only piece of music to grow more impressive when presented as a whole, rather than as a fractured assortment. It’s not going to sell millions of copies. In fact, with Harvey Milk’s niche slo-mo sludge, it’s likely never to surpass 10,000. But as long as artists like themselves, Baroness, Grizzly Bear and Antlers are creating powerful statements that resonate with their listeners, I’ll consider rumors of the album’s death greatly exaggerated.

Vampire Weekend’s Modern Vampires of the City debuts at No. 1