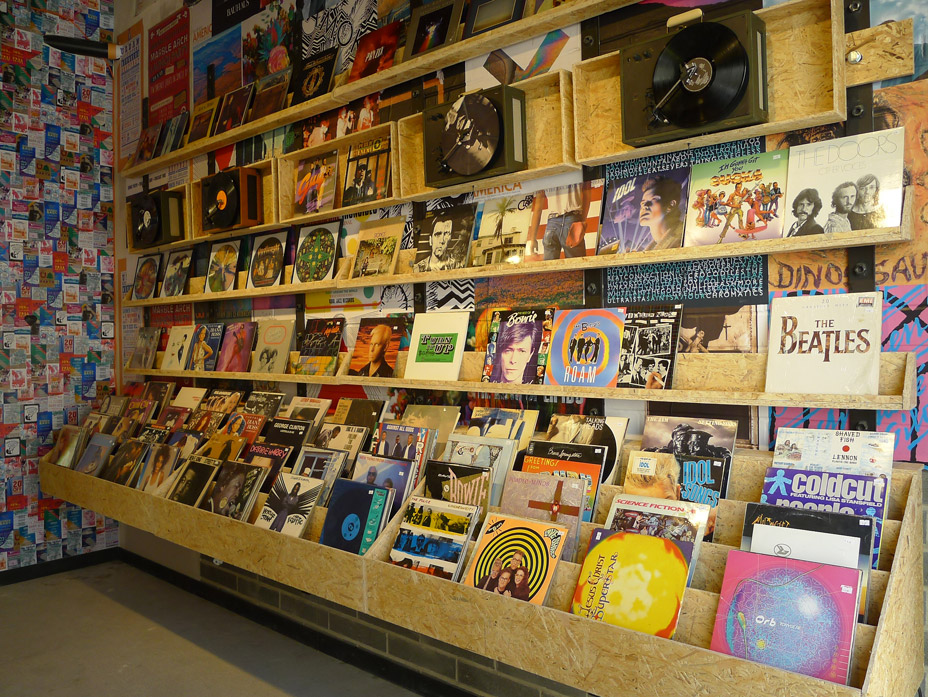 Vinyl sales have been going up pretty steadily over the last decade; in fact, just last year, Nielsen Soundscan reported sales of 6.1 million LPs sold, which is the highest number in the industry since 1991. It’s still not a huge number in the scheme of things, but it’s a lot of product being sold, and one retailer is claiming to be at the top of the heap when it comes to vinyl sales: Urban Outfitters.

Buzzfeed reports that the retailer’s chief administrative officer, Calvin Hollinger, says that Urban Outfitters is the biggest seller of vinyl records in the world.

“Music is very, very important to the Urban customer… in fact, we are the world’s number one vinyl seller,” Hollinger says in the article.

Urban Outfitters has been selling LPs in its stores for quite a few years, but it appears to be a growing business for the youth-oriented clothing retailer, whose headlines in the past mostly concerned selling tasteless t-shirts. But UO is actually taking it a step further by partnering with California record monolith Amoeba. So, don’t expect this trend to change anytime soon. Although, hearing that Urban Outfitters is the biggest seller of vinyl is a little like when your dorm roommate said that the KFC To-Go at San Diego State University was the most profitable Col. Sanders enterprise in the country.

It’s encouraging to see that vinyl is resonating with consumers, regardless of where it’s being purchased. Read our recent Pet Grief and Day Tripper columns on making a commitment to the vinyl format.