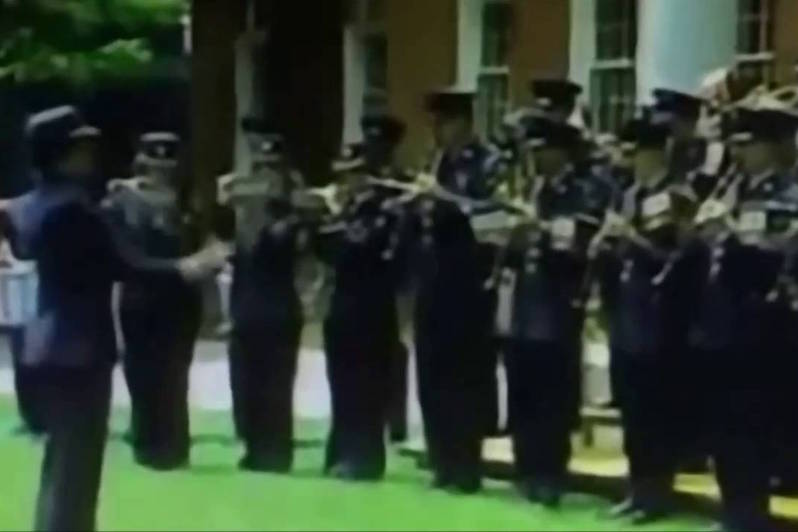 There’s a morbid conversation topic that comes up from time to time in bars, forums and Chuck Klosterman books that goes something like this: You’re flying on an airplane and the pilot’s voice comes through the P.A., telling the crew and passengers that, due to a failing engine, bird strikes or some other unforeseen catastrophe, preparations must be made for an emergency landing. Knowing that this might be your final few minutes, what song do you pull up on your phone, iPod, Walkman or portable Victrola to listen to on your way down?

Ask this question to a group of friends and you’ll find that some of them will have a serious answer (at one point I’m pretty sure my wife said she’d choose Wilco’s “Jesus Etc.”), some of them will have a snarky answer (Modest Mouse’s “Shit Luck” and Alanis Morrissette’s “Ironic” are some of the better answers I’ve seen on the Internet). And some won’t want to answer the question at all; I’m one of them, I suppose. I’m a highly skeptical, non-religious person, but I have an odd superstition about airplanes that prevents me from listening to anything that even mentions flight in a song. It might sound dramatic, but I once skipped “In the Aeroplane Over the Sea” in a brief moment of panic when it came up on shuffle once. Yeah, I was surprised too.

If history is any indication, however, there is a very specific song that you might hear in the unlikely scenario of a large-scale transit disaster: “Nearer, My God, to Thee.” A hymn, adapted from Bible verse by Unitarian writer Sarah Flower Adams in 1841, “Nearer, My God, to Thee” is a retelling of the story of Jacob’s dream of a ladder leading up to heaven, and its most infamous performance reportedly took place on the deck of the Titanic as it was sinking. Lore suggests that, in an effort to prevent panic among passengers, the musicians were instructed to play music as a calming mechanism. Bandleader Wallace Hartley, who went down with the ship, also apparently had “Nearer, My God, to Thee” played at his own funeral. There are disputes about the Titanic legend, suggesting that it’s actually based on the account of the SS Valencia, whose crew and passengers sang the hymn together before they went down with the ship. Perhaps they’re both true. What’s not in dispute is that the circumstances under which you’re most likely to hear this 160-year-old hymn are almost certainly never cause for celebration.

“Nearer, My God, to Thee” is, after all, a hymn about death—it’s about a literal stairway to heaven and greeting one’s maker on the other side. Knowing that is somewhat less comforting when faced with catastrophe; what was the Titanic band saying, however soothingly, if not “Hey everybody, we’re not going to make it.” But perhaps it’s less the grim reality than the suggestion of what lies beyond, its promise of a better destination: “Or if on joyful wing, cleaving the sky/Sun, moon, and stars forgot, upwards I fly.” It’s a question of spirituality, and even those of us without faith still can acknowledge that it’s a comforting thought. Still, the very association means that you’re most likely to hear it at a funeral more than any other circumstance (sinking luxury cruises aside). The hymn was performed at memorial services for Presidents Gerald Ford, James Garfield and Warren G. Harding. Its first few lines were reportedly recited by President William McKinley with his final breaths.

But it gets weirder than that. Though not eschatological in its intent, “Nearer My God” has, though a particularly eerie piece of pop culture ephemera, become a strangely apocalyptic relic. With the launch of CNN in 1980—during an increase in Cold War hostilities between the U.S. and Soviet Union—Ted Turner quite literally had an end-of-the-world tape made for the scenario in which the 24-hour news network was still broadcasting when hellfire came raining down upon the earth, reportedly commenting that “We won’t be signing off until the world ends. We’ll be covering it live.” A CNN intern found the video in 2015 and leaked it online, verifying Turner’s worst-case-scenario programming. It’s a hazy, solemn video of a military band playing “Nearer, My God, to Thee” before going silent. Without the context of why it exists, it might not even register as noteworthy. With the context, it’s pretty creepy—like found snuff without the actual violence. There’s not much to it, but I still feel weird about watching it.

Being a hymn, “Nearer, My God, to Thee” doesn’t necessarily have a definitive version. It’s been recorded countless times and performed probably millions—let alone sung in churches for more than a century—but it doesn’t belong to any one artist, per se. Elvis has recorded it. As have Rosemary Clooney, Tennessee Ernie Ford, the Louvin Brothers and Ladysmith Black Mambazo. But if one particular version stands out, it’s Mahalia Jackson’s, her soul-stirring performance backed by Percy Faith’s Orchestra a testament to the power of music informed by deeply held faith—enough that even us godless heathens will acknowledge it.

Still, I’m not sure if I’d feel much comfort hearing this if an iceberg ripped through my vessel and sent me scrambling for a lifeboat. But I suppose it’s still better than rearranging deckchairs.