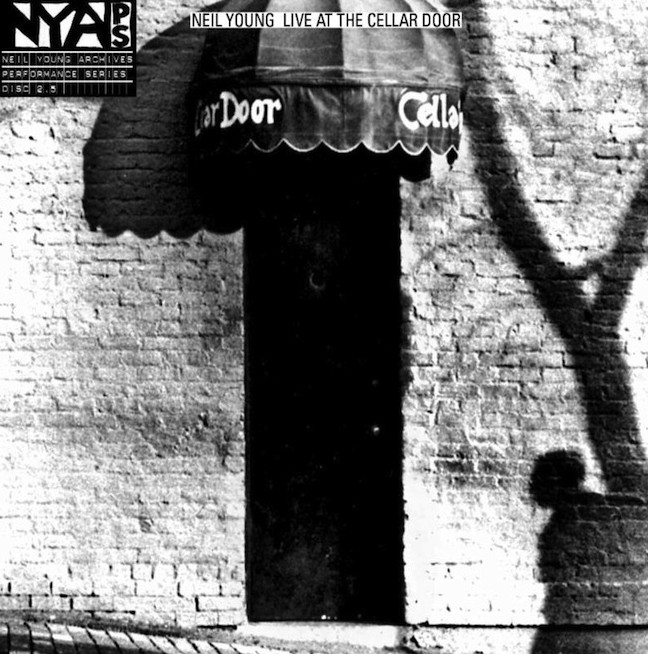 On Nov. 26, Neil Young will issue another live album from his extensive archives. Live At the Cellar Door features tracks from six solo performances recorded between Nov. 30 and Dec. 2, 1970, largely comprising material from his then just-released After The Gold Rush album. The live set also features early versions of some tracks from On the Beach and Harvest, as well as an acoustic version of “Cinnamon Girl” and other classic tunes. The album will be released via Reprise on CD and vinyl, as well as digitally.

That’s the album cover above, and check out the tracklist below.