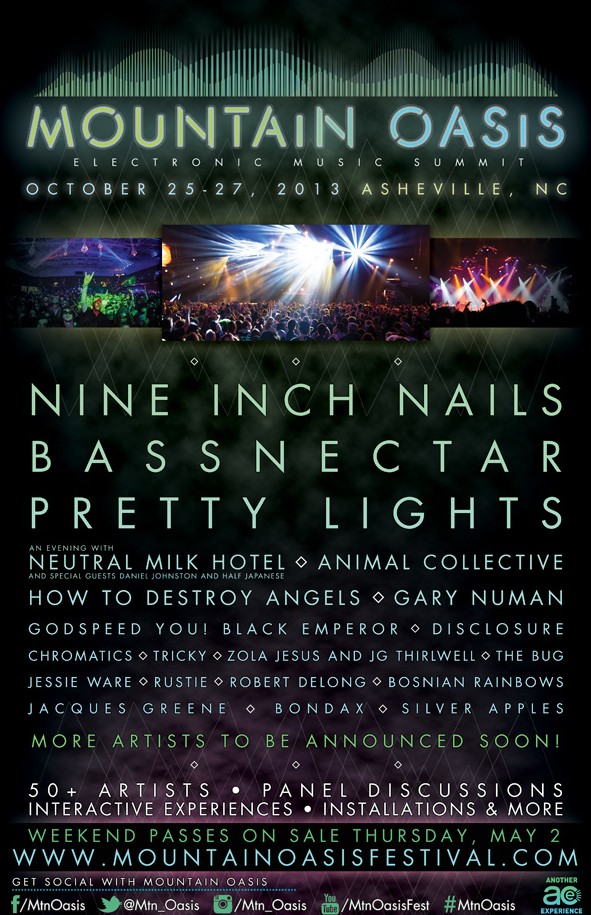 Then it starts to get more interesting. A newly reunited Neutral Milk Hotel is playing, as announced yesterday, along with Daniel Johnston and Half Japanese. Not necessarily electronic, but still cool. Also on the lineup is Animal Collective, Gary Numan, Zola Jesus with JG Thirlwell, Silver Apples, Godspeed You! Black Emperor, How to Destroy Angels, Tricky, Disclosure, The Bug, Jessie Ware, Rustie and more.

Check out the poster above, and find more info at the festival website.