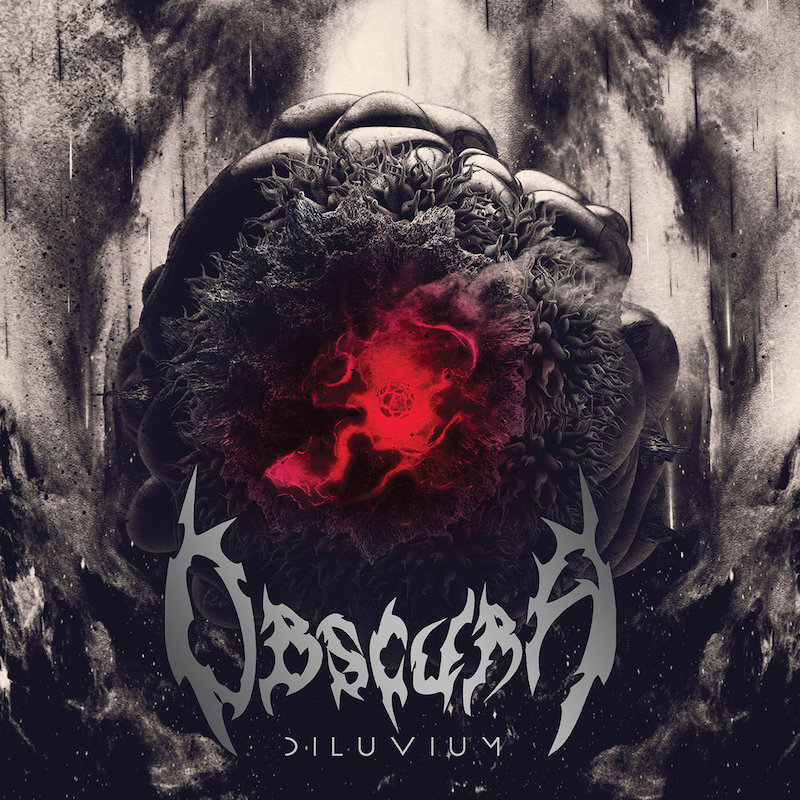 The narrative surrounding Obscura, in their early days, was that they were a band formed as a response to the wake following the end of German death metal band Necrophagist. Regardless of one’s feelings about Necrophagist, Muhammed Suicmez’s group managed to establish itself in only a handful of demos and two LPs as the tech-death du jour band. Necrophagist themselves filled a gap for cleaner, prog-minded technical death metal that had been left empty ever since the disbanding of Cynic, Atheist and Pestilence, the impossibility of a second Spiral Architect record, and dissolution of Death. While there were other tech-death groups than Necrophagist, such as the legendary early run of Cryptopsy, none seemed to penetrate so deeply or so quickly as Necrophagist, largely because of the focus on cleaner shred- or prog-style guitar tone wielded against dissonant death metal riffing and more traditional sweep picked shred guitar heroism in the solos. So Obscura coming along following the mysterious evaporation of new studio material from Necrophagist following their seminal record Epitaph was met with rejoicing from the prog/tech-death world.

The biggest complaint against Obscura, one which still fits here, is that their blend of Cynic, Pestilence, Death and Necrophagist with just a smidgen of prog like Dream Theater in the guitar work hasn’t really changed over the years. Some records may be better paced than others, have more studied refinement or more gut-level songwriting, but the shape of the records don’t seem to change that often. Apparently, part of the reason is that the past four of their five total records have been part of a sci-fi concept arc, of which this record is the conclusion; however, album art and titling aesthetic (leaning classicist on the Latin and Greek vibes), you wouldn’t necessarily guess that the similarity was deliberate as much as incidental to a group that really only had one thing to offer. The biggest divergence from their formula was the epic 15-minute prog-death closer on Akroasis; there are no such epics here.

That said, there is absolutely nothing wrong with genre formalism. And in a world where, without naming names, there are as many imitators as the classics (of metal, of electronica, of contemporary classical music, or hip-hop, of pop, of…), it’s refreshing to have a group that knows the ins and outs of tech-death like Obscura does. Because, at the end of the day, it’s still a relatively wide field; there’s classic prog metal influence (think Queensryche and early Dream Theater), the early prog-death and prog-thrash of groups like Atheist and Mekong Delta and Anacrusis, loads of Cynic, and enough Death (the holiest of the holiest in death metal) to glue it all together. Unlike a lot of contemporary tech-death, there’s less emphasis on the heavier, gnarlier end of death metal, instead focusing on the bleeding edge of thrash that just gives way to its heavier child. Obscura proves the thought that, of all forms of extreme metal, death metal is closest to the central trunk of heavy metal, arriving from prog and thrash which arrived from NWOBHM which arrived from traditional heavy metal.

A benefit of groups like Obscura is, coming from the sci-fi bent of death metal, not only do all the lyrics whip a truly stupid amount of ass when you finally get curious enough to look up what this dude has been screaming about for the past fortyish minutes (a trait they share with likewise monsters of contemporary tech-death Alkaloid, a group with whom Obscura share members and who for my money put out the best tech/prog-death record of the year with Liquid Anatomy), they also avoid all the misogynistic and at-times queerphobic violence that death metal sometimes sullies itself with. I’m a fan of brutal and extreme art, but it’s easy to spot an over-reliance on a bigoted bent to extremity that worsens rather than enrichens the art of death metal. Obscura evade this, leaning into the triumphant and epic fantastical arc that is inherent within metal, a genre that has always lent itself well to the science fictional and fantastical flights of fancy ever since Rush and King Crimson and the even-earlier proto-metal of the ’60s.

Obscura may not be breaking new ground on Diluvium, but they deliver one hell of a death metal record. It has riffs, it has meaty bottom end, it has jaw-dropping and gorgeous solos, and it’s wrapped up in an airbrushed van fake-deep sci-fi dime novel aesthetic that, frankly, has always been a bedmate of heavy metal. You don’t have to reinvent the wheel or break new ground to drop a good metal record—just good riffs, good performances, well-crafted songs, and good pacing; Diluvium has those in spades.