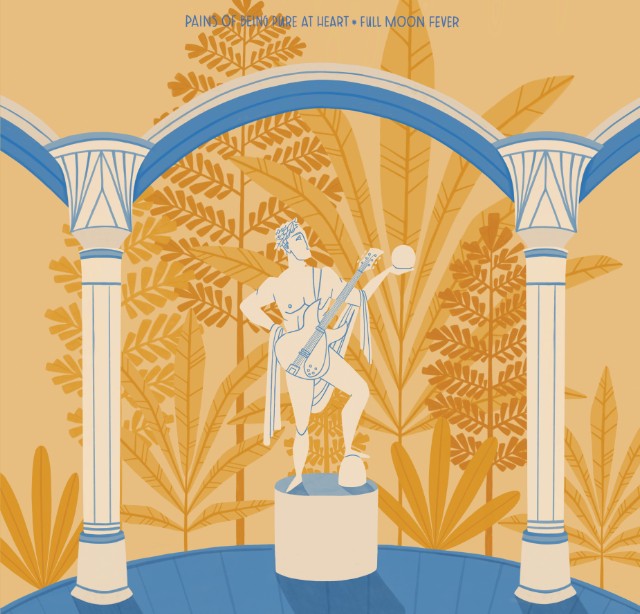 Today, on the one-year anniversary of the death of rock legend Tom Petty, The Pains of Being Pure At Heart have announced a new full-length covers album of Petty’s own classic 1989 album Full Moon Fever. The album is part of Turntable Kitchen’s Sounds Delicious series, in which bands cover full-length albums in their entirety. Past entries have included Death Cab For Cutie’s Ben Gibbard covering Teenage Fanclub as well as Yumi Zouma covering Oasis. Today, The Pains of Being Pure at Heart have shared the first track from the record, “Runnin’ Down A Dream,” which can be heard below. The album will be released on October 26.

“I grew up loving Tom Petty — thanks to my step dad who played him nearly constantly and scoffed at the ‘grunge’ era of bands that didn’t share Petty’s classicist reverence for the history of rock music,” says the band’s Kip Berman in a statement. “I’ve long identified with Petty’s celebration of songwriting and his general disregard for most everything else. Yet, he was often seen as a second fiddle to Dylan, Neil Young, Springsteen, Stevie Nicks, The Byrds, George Harrison, and more. But as far as I can tell, all these people (not sure about Springsteen) actually revered Petty — and genuinely liked his company. His greatness was that he didn’t seem to be too bothered if people thought he was great or not. What mattered to him was being part of a lineage of timeless rock songwriting.”