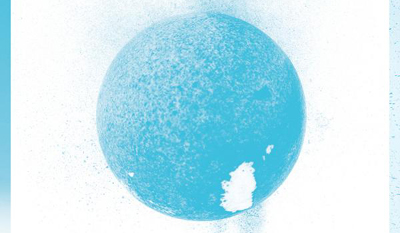 The fourth week of January is probably far past the point where one should let the previous year go and move on. And yet, still, some great music from 2010 went uncovered until now. There’s a good chance that a lot of amazing music has yet to be discovered by the always thirsty Treble staff, but we’re doing our best to give kudos where they’re due. This month, we visit five albums that have gone unreviewed in Treble until now. This sampler pack is a pretty diverse selection of artists that includes a pair of unique metal bands, a magnificent soul singer, a newcomer from Los Angeles with some innovative beat-driven love songs, and a UK producer who defies easy categorization with his dub-inflected lo-fi psych. Between these five artists, there are scant similarities, save for one important thing: not having them in your personal collection would be (say it with us!) perverse.

Moving fluidly between the socially conscious soul of Bill Withers, the joyful croon of Sam Cooke and the silky funk of Curtis Mayfield, Aloe Blacc offers up an album of tunes that could likely pass for a lost 1970s soul classic. That warm, vintage feel is thanks in large part to producers Jeff Dynamite and Leon Michels, who deliver a stunning and dynamic backdrop for Dawkins’ smooth baritone with dense arrangements of live instrumentation, further denoting a stark contrast from the crackly samples of his debut.

Embracing the sounds of D-beat, Swedish death metal, hardcore punk and the old-school heavy metal sounds of Motörhead, Black Breath finds little common ground with many of the more drone-heavy acts on Southern Lord, instead offering an intense, yet highly melodic crust hybrid that wastes no time getting to the white-hot, blistering point.

Los Angeles’ Baths, though sometimes lumped in with synthesizer-loving acts like Neon Indian, is much more akin to Flying Lotus’ bizarro hip-hop chopscapes, albeit with a much stronger vocal presence. Yet the connective thread between Baths’ Will Wiesenfeld and the glo-fi underworld is their shared sense of abstract sentimentality, a quality that shines brightly through numerous sideways filters on debut album Cerulean.

Castevet’s debut album, Mounds of Ash, is built on a foundation of powerful melodies delivered via dense guitars and complex beat structures. Where peers like Agalloch might take cues from Godspeed You! Black Emperor or Kronos Quartet, Castevet mines sonic ground similar to that of Fugazi or Failure, their mesmerizing minor-key riffs executed to sound as breathtaking as they are viscerally fierce.

Forest Swords is an amalgam of various and disparate parts that fit together perfectly, despite their diverse origins. A Pandora’s Box of all things dense and eerie, Forest Sword’s 2010 EP Dagger Paths assembles an ominous yet spacey army of sonic specters, swirling in unholy yet stunning alliance.