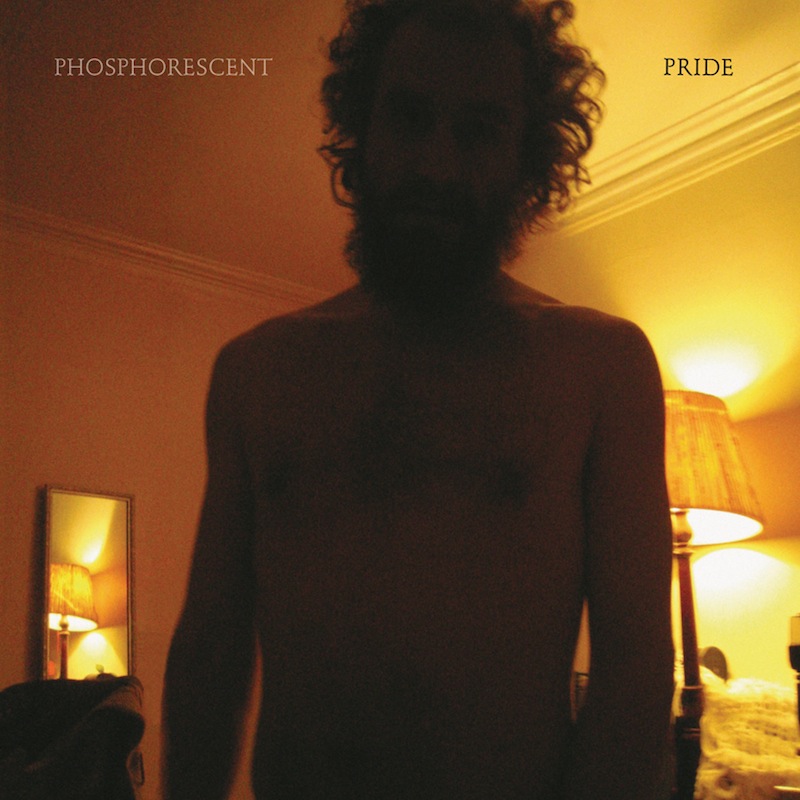 Phosphorescent‘s Matthew Houck isn’t one to rush toward an easy hook or an early climax. His music has hooks, certainly, and many breathtaking climaxes at that. But for Houck, the journey toward getting there is as much the reward as the destination. His 2007 album Pride, his first for Secretly Canadian offshoot Dead Oceans, is a breathtaking album, a glorious celebration of soaring voices, folky strums and rustic tones. Imagine Bonnie “Prince” Billy having beers with some friends around a campfire, or a more spiritual and meditative Bon Iver, and you’re on the right track.

Pride is a haunting album, almost ghostly at times, alternately calming and harrowing, but from beginning to end, the damn thing is just gorgeous. Leadoff track “A Picture of Our Torn Up Praise” is a catchy and mesmerizing way to start the album, Houck singing in a spiraling melody, “tell me where you’ve been, and I will tell you where I’ve been, it will be all OK.” But melody is secondary to texture and mood on the ambient, gospel-inflected “Be Dark Night,” which flickers like a sole candle in a chilly wooded cabin. With “Wolves,” however, Houck’s lyricism takes a turn for the frightening, with imagery of “blood in their mouths” lending this beautiful dirge a truly dark undercurrent.

A shuffling drum march drives “At Death, A Proclamation,” one of the album’s harshest and loudest tracks (and shortest at that), with crashes of piano and electric guitar beneath more ascendant voices. The comparatively slow and soft “The Waves at Night” is hymn-like in its construction, soothingly gliding along a strong but calming melody. And “My Dove, My Lamb” is positively epic, with Houck backed by a chorus that includes members of The Dirty Projectors, among other artists. The way Houck repeats the title refrain has a timeless and classic quality about it, like a lost folksong from an older, forgotten America. Yet that’s the curious, and ultimately special thing about Phosphorescent—every song is a Houck original. Like practically no other artist right now, Houck manages to create a world of his own, one that’s steeped in old America, but with some slight, modern touches. No matter how timely or timeless, however, every song is absolutely beautiful.

Amigo the Devil : Born Against