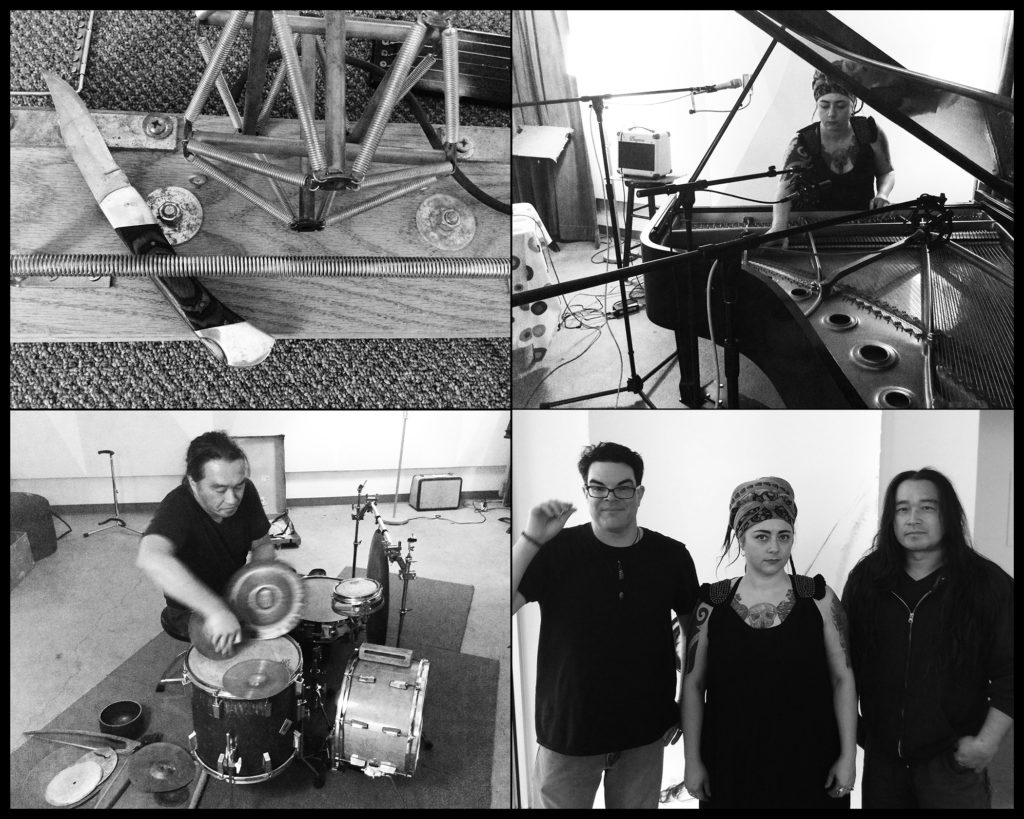 On April 1, experimental music ensemble Epos Nemo Latrocinium release new album Iter Itineris III, the third in a planned series of albums, via Scry Recordings. Today, Treble premieres the closing track from the album, titled “Vocalise.” The track—as well as the album on the whole—brings together percussionist Tatsuya Nakatani, experimental artist Casey Chittenden Jones and vocalist Joy Von Spain for an ominous, eight-minute drone track that’s alternately harsh and beautiful. It’s a breathtaking and strangely meditative track, yet still dissonant enough to be called “noise” in some capacity. More accurately, it’s operatic dark ambient of some sort, not unlike the prettier compositions of Sunn O))). It’s powerful, even spiritual sounding, and you can listen to the full track below.