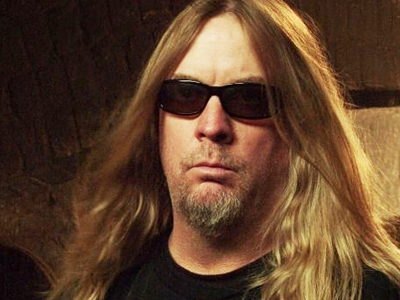 Sad news for metal fans today: Slayer announced via a Facebook post that longtime guitarist Jeff Hanneman has died at the age of 49.

The post reads: “Slayer is devastated to inform that their bandmate and brother, Jeff Hanneman, passed away at about 11AM this morning near his Southern California home. Hanneman was in an area hospital when he suffered liver failure. He is survived by his wife Kathy, his sister Kathy and his brothers Michael and Larry, and will be sorely missed.

Hanneman was born in Oakland, Calif., and grew up in Los Angeles, in a family of war veterans, whose experiences inspired a lot of his songwriting, which often touched upon warfare. As he was growing up, Hanneman took an interest in punk and heavy metal, and took heavy influence from the likes of Dead Kennedys and Iron Maiden. In 1981, he formed Slayer with Kerry King, and has performed on all of Slayer’s 12 albums, as well as having written the music for many of the band’s most well-known songs, including “Angel of Death,” “War Ensemble,” “Seasons in the Abyss” and “Raining Blood.”

Hanneman is survived by his wife Kathryn.