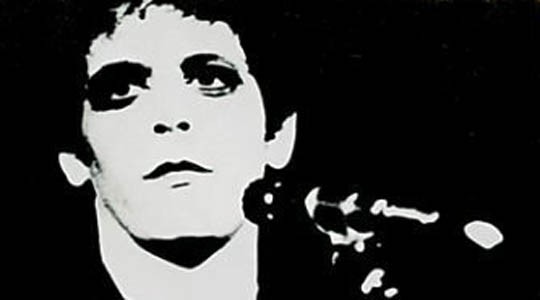 Rolling Stone reports that songwriter, artist and Velvet Underground founder Lou Reed died this morning. In May, Reed underwent a liver transplant, though the cause of his death has not yet been revealed. He was 71.

Reed was born Lewis Allen Reed in Brooklyn in 1942. He became inspired by poet Delmore Schwartz while studying at Syracuse University, and after college, he took a job writing songs at novelty label Pickwick, where he penned minor hit “The Ostrich.” Later on in the 1960s, Reed befriended classically trained musician John Cale, with whom he formed a band called The Primitives, which later changed its name to The Warlocks. Reed and Cale later met Sterling Morrison and Moe Tucker, who then joined the band, at which point it became The Velvet Underground. And once the band captured the attention of art icon Andy Warhol, he incorporated them into his Exploding Plastic Inevitable.

The band released their debut album, The Velvet Underground and Nico, in 1967, with German vocalist Nico and “production” by Andy Warhol. Its allusions to drugs and sadomasochistic sexuality stood in stark contrast to the mainstream music of the time, darker than most of the edgiest rock bands of the 1960s. Nico left the band shortly thereafter, and in 1968, the band released the noisier, chaotic White Light/White Heat, which was followed by the more sedate Velvet Underground, and 1970’s hook-laden Loaded, reportedly named as such because the band’s label wanted an album “loaded with hits.”

After leaving The Velvet Underground in the early 1970s, Reed launched a solo career that found him releasing such highlights and provocative titles as the 1972 glam-rock classic Transformer, the darkly devastating 1973 rock operetta Berlin, and the chaotic, avant garde installation piece Metal Machine Music. Reed continued to perform and release music well on through the present day, the last release of which was his collaboration with Metallica, the bizarre and baffling Lulu. Though despite all of his odd experiments and sometimes troubling work, Reed never second guessed his musical choices. As he once told Lester Bangs, “My bullshit is worth more than other people’s diamonds.”

Below, listen to “Perfect Day,” a highlight from Transformer.