Yuvi Havkin, the Tel-Aviv based musician who produces as Rejoicer, is seen as the foremost cultivator of Israel’s modern beat movement with his Raw Tapes label, a fact many in this country have no idea about. On his sophomore release for L.A.-based Stones Throw Records, Havkin employed friends and family on his imprint and beyond, to deliver atmospheric mood clouds with squelchy synths at a mid-tempo pace. The mostly understated Heavy Smoke retains progressive ideas, not commonplace, that stride along confidently producing shadows, not sweat or theft.

“Noted,” the seemingly laid-back opener is an earworm repeat player. Perfunctory bass lines, running under a flangey, at times discordant, melody with glitches talking back like a rude child through a closing window is the setup. Cozy synths warm up the hook while the arrangement unfurls with the euphoric pace of walking toward a place you want to be. Havkin is busy. Keeping layers bubbling just under tepid, demanding ears to approach. With little bits of a Joe Zawinul keyboard filter hovering above. It’s a lot of stuff packed in two minutes and change, so you know it’s original.

A bit of a culture war in the beats community has been seemingly turning up, but actually itʻs always been there. Everything today is just binary. Folks are protecting the legacy, drawing lines in the sand and getting real territorial. Rightfully so. Look at who created gospel, blues, rock ‘n’ roll, jazz and hip-hop and then the onslaught of “others” who homogenized, whitewashed the shit out of those American art forms. Then started slapping gentrification names on them like eviction notices. Lo-Fi who? Micro-what?

The point is you can study without taking. “Five Winds,” the closest we get to any type of slapper here, gives us head-nod-ready arrangements that take their time, squirreling along methodically. The opaque keyboard runs at the head bleed into drafty atmospherics that dominate, only the beat is supplemental. Most of that watering down business comes from inside the good ole US of A. Always has. Because folks overseas, most of the time, can see the glare of the crown on the Kings’ and Queens heads’. Heavy Smoke, likewise, displays Havkin’s clear vision. 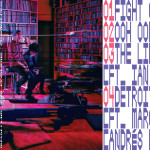 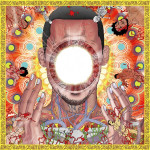