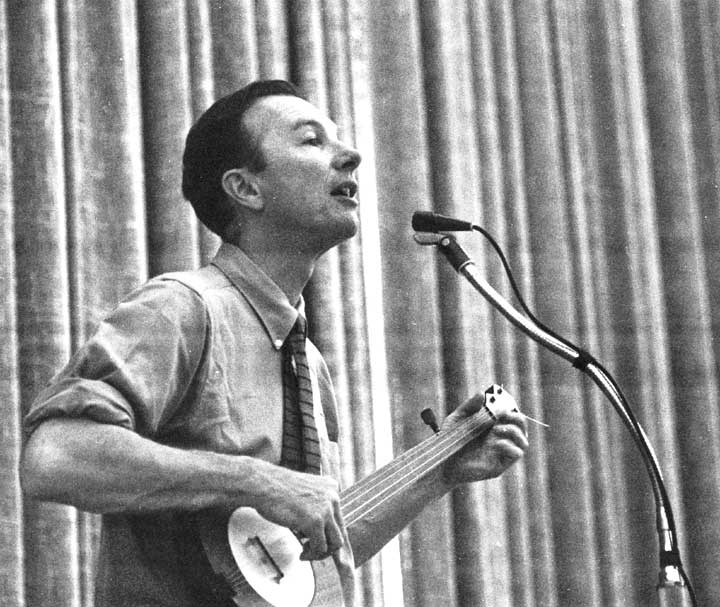 The New York Times reports that legendary folk singer and political activist Pete Seeger died yesterday in Manhattan, of natural causes. He was 94.

Seeger was an influential figure in folk music, being one of the most prominent musicians to bridge popular music and a political message, long before it became a more widespread, mainstream trend in the 1950s and ’60s. In the 1940s, he played music in support of the labor movement, and later joined the civil rights and anti-war movements, for which he adapted some of his most-performed songs, such as his adaptation of traditional folk song “We Shall Overcome.”

Seeger recorded more than 100 albums, and worked with other folk musicians like Woody Guthrie, Bob Dylan and Don McLean. He long had affiliations with the Communist party, and was subpoenaed to testify before the House Un-American Activities Committee in 1955, for which he refused under his First Amendment right to self-expression. He was held in contempt for his refusal to appear in front of Congress, and was sentenced to 10 years in jail, the ruling of which was overturned in appeals court.

Seeger recorded more than 100 albums, and wrote or co-authored many famous, oft-covered songs like “The Hammer Song (If I Had a Hammer)”, “Where Have All the Flowers Gone?”, and “Turn, Turn, Turn!” He performed at President Barack Obama’s inauguration ceremony in 2009.