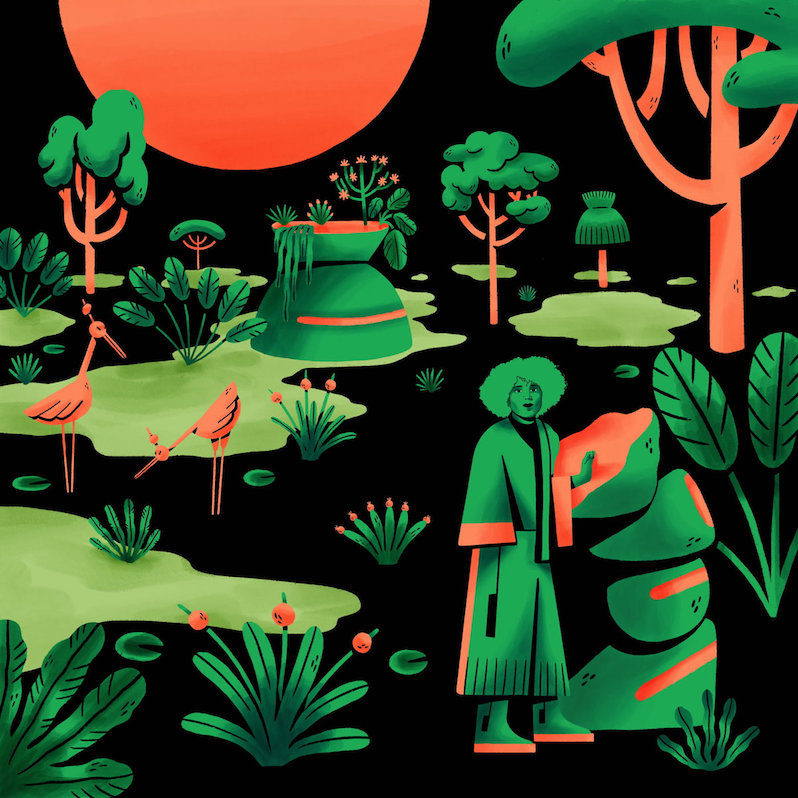 Hermione Frank, who just gave a brilliant live performance at the Berlin Atonal fest last weekend, recorded her album in the winter of 2018—the season for retreating to the creative process in the German capital. Her upcoming full-length debut Face to Phase incorporates house, dub, and breakbeat to strip down patterns normally designed for the dance floor, with production inspired by field recordings unused.

The Berlin-based producer and musician, who goes by the name rRoxymore, wields her thunderous breakbeats and angular soundscapes on “Passages,” the lead track from Face To Phase. This dystopian funk strain, packed with Hitchcock dread and Basquiat expressionism, uses its bass-driven core to shape a future dub wobbler.

From Face to Phase, out September 27 via Don’t Be Afraid