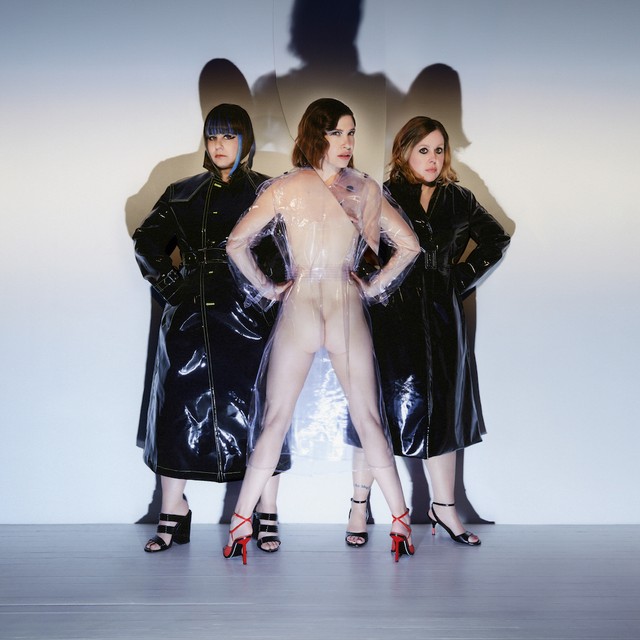 Teaming up with St. Vincent in the producer’s chair is one of the most interesting, potentially peculiar thing (Carrie’s head seems to be on backward?) that Sleater-Kinney could have done. It’s also an idea that makes perfect sense—two artists known for their share of shredding while retaining a tuneful indie rock sound, and two artists who have only continued to evolve over time seem to make for a seamless and complementary partnership. “Hurry On Home,” the first single to emerge from their sessions, is still Sleater-Kinney as we know them, for the most part. It’s an urgent, driving rock song that fits in comfortably alongside the group’s past few records, but the changes are noticeable. The lines are cleaner, the effects are a bit shinier, and the rawness of No Cities to Love has been just slightly polished up. It’s not the level of pop that St. Vincent herself recently embraced, but it’s a touch of glamour from a band that’s not afraid to get their hands dirty. To that end, Carrie Brownstein delivers a list of harsh words—insecurities, perceived flaws or merely cruelties that she’s been saving up (“unfuckable, unlovable, unlistenable, unwatchable”). It’s a callback in a way to “Bury Our Friends” from 2015, when she declared, “Only I get to be sickened by me.” The sausage-making ain’t pretty. But the finished product is flawless.