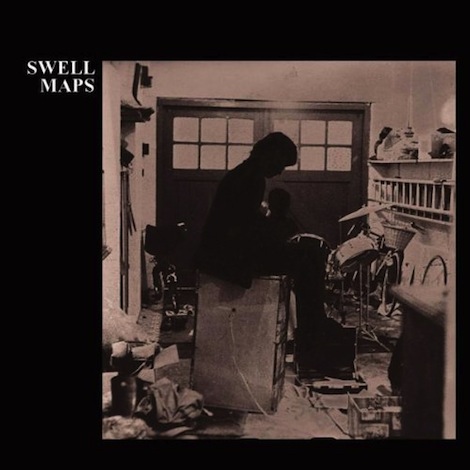 The Swell Maps‘ second album, Jane From Occupied Europe, was released only about a year after their debut, Trip to Marineville, but showed an immense amount of experimental growth in the band’s songwriting and improvisation. Including more instrumental tracks, a wider array of instruments and a more complex style, the leap between Trip and Jane could be paralleled to Wire’s stylistic changes between their first three albums. And, somehow, it’s still quite obvious that the band you’re listening to is Swell Maps. At their most accessible and their most accessible, they possess an identifiable style that’s nearly indescribable, but highly detectable. Part of it may be their unwillingness to adhere to one basic style of music or Nikki Sudden’s unmistakable voice or their good time sense of rowdy artistry. Whatever it may be, you know when you hear the Swell Maps and doggone it, you like it!

Jane From Occupied Europe, released in 1980, was named for a song Epic Soundtracks wrote about a girl who lived in a cupboard during World War II, which perhaps reveals an influence on yet another unlikely indie hero (paging Jeff Mangum?). Though the song was never released, the title stuck and the album that carries its name is nothing short of genius. Much like Trip to Marineville, the album is a roller-coaster ride through short pop songs, slower instrumentals and odd interludes. This time around, the differences between the songs seem to be much greater. “Let’s Buy A Bridge” fuses a twisty bassline with choppy guitar riffs and a skronky sax solo. “Cake Shop Girl” sees the band using some old school synths. And “The Helicopter Spies” is catchy enough to warrant a singalong.

But the instrumentals on this album are equally intriguing and even more offbeat. “Big Maz in the Desert” is a seemingly free-form noise jam (two versions of which exist). And then there’s “Big Empty Field,” which combines a steady, syncopated rhythm and strange, ambient synth tones. “Collision With a Frogman” could be mistaken for Joy Division or Public Image Limited, if you’re not careful. But the vocal tracks that follow just up the excitement factor. “Secret Island” is among the best tracks of the post-punk era, as well as “Blenheim Shots.”

As per Trip to Marineville, a couple of b-sides are added to the tracklist, just for that little extra push if you weren’t already motivated enough to track down a copy. No punk collection is complete without a little Swell Maps, and though I wouldn’t necessarily point to Jane From Occupied Europe as the first stop to obtaining some, it doesn’t take long to grow on you. The Swell Maps’ recordings have stood the test of time, as few bands today are capable of reaching this balance of spontaneity and enjoyability.