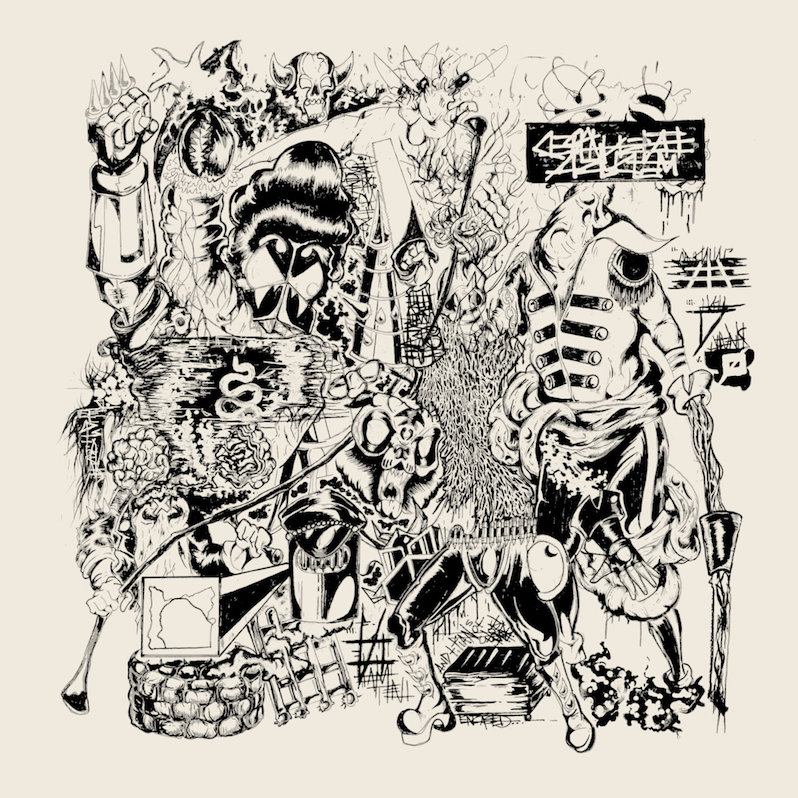 The opening din of “Two Hour Lunch,” the final track on the new Please EP from Leeds-based noise rock outfit Thank, is a bit of a mess. It’s more noise than rock, a fork-in-a-garbage-disposal cycle of digital buzz and distorted scrapes, as relaxing as anything in the 24-hour news cycle and just as comforting. But there is, indeed, a rock song bubbling under, rising up into a manic, aggressive post-punk pummel-fest that sounds a little bit like Idles’ nihilistic cousins or Black Midi if they decided to skip math class and get wasted under the bleachers. An ominous, robotic synth loop provides a piercing counterpoint to the steamroller forward momentum of the song, its one-note bassline throbbing like the mother of all hangovers while Freddy Vinehill-Cliffe barks his way through non-affirmations: “I’m kind of happy!,” “You gotta spend money to make money, honey!” Thank run the gauntlet of dystopian malaise brought to us by the empty promises of capitalism and modern life (the title itself is a reference to the two-hour lunch breaks he’s had to take to allow time for therapy sessions). The future is here, it sucks, and if we can’t fix it right away, at least we can scream in its face.

From Please, out now via Buzzhowl/EXAG