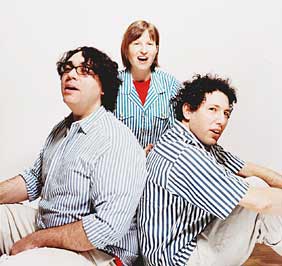 Yo La Tengo “Let’s Save Tony Orlando’s House”
From And Then Nothing Turned Itself Inside-Out (Matador; 2000)

Some songs are inspired by a great love, a devastating break-up, the death of a loved one or a childhood memory. This isn’t one of those songs. Yo La Tengo’s “Let’s Save Tony Orlando’s House” off of 2000’s And Then Nothing Turned Itself Inside-Out started out as a sweet instrumental ditty that had no title. A lifelong “Simpsons” fan, James McNew has a habit of titling nameless instrumentals after lines from episodes of the show. For this one particular song, McNew plugged in a line from the episode “Marge on the Lam,” where Troy McClure (voiced by the very much missed Phil Hartman) stated: “Hi, I’m Troy McClure. You might remember me from such telethons as Out with Gout ’88 and Let’s Save Tony Orlando’s House.” These titles rarely stuck, but perhaps it was the pure absurdity of that line that gave us one hell of a Yo La Tengo song.

The song itself doesn’t sound much like Tony Orlando. It has a droning organ melody that’s not unlike something Stereolab would do, paired with Georgia Hubley’s understated and hypnotic vocals. Using Tony Orlando as a protagonist, the song imagines Orlando’s backing singer, Dawn as a lost love of Frankie Valli and years later, a revenge-minded Valli torches Orlando’s home vowing to reclaim Dawn. Despite its humorous origins, “Let’s Save Tony Orlando’s House” is a bittersweet song, taking disparate figures in pop culture and creating a compelling narrative with them. The almost monotonous groove underscore the absurd origins and the song becomes much more than that “Simpsons” song and simply becomes a great song.