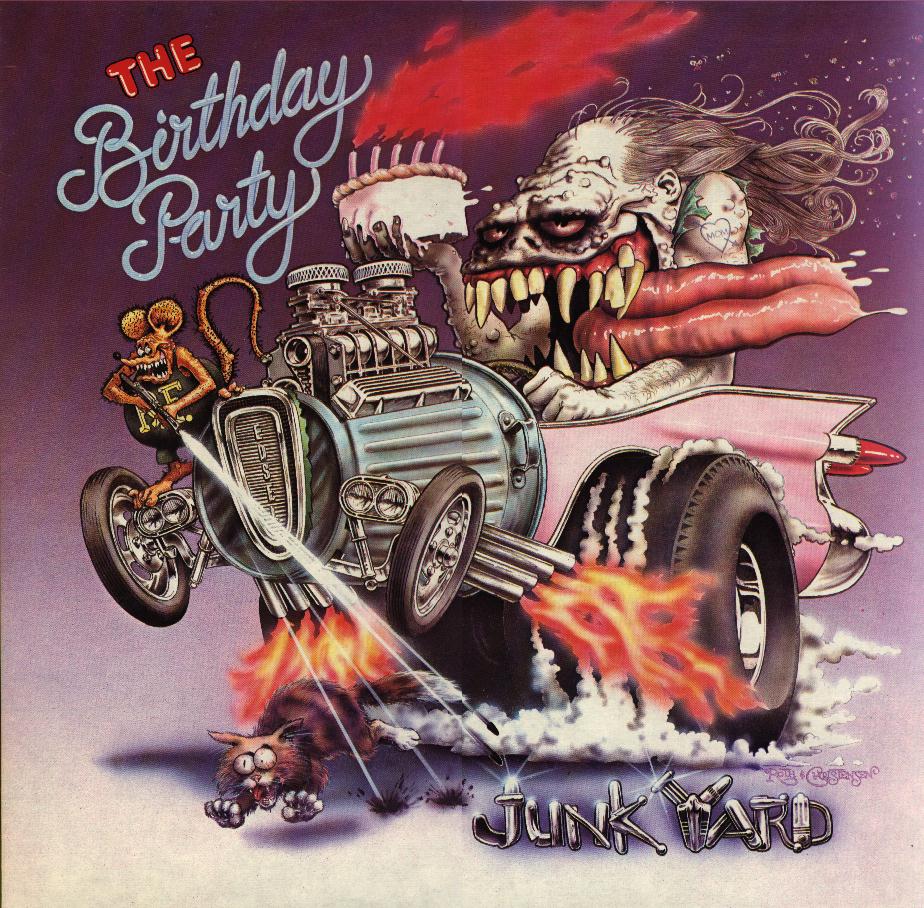 When the Birthday Party emerged under the name The Boys Next Door in the late ’70s in their native Australia, the “goth-rock” descriptor had been carelessly flung at them, filing them away among the ranks of theatrical bands such as Bauhaus and Siouxsie and the Banshees. The band didn’t care for this classification at all, even if some of their early work did fit in alongside those bands. The Birthday Party weren’t about wearing make-up and black clothing, however. They were about raw, primal energy and pure horror. Suffice to say, camp wasn’t their thing. At live shows, the band would pound out a screeching, squealing, feedback squalling din, while frontman Nick Cave would howl and moan, throwing himself about the stage. When listening to the band’s two studio albums, particularly 1982’s Junkyard, that’s not a terribly difficult thing to visualize.

While Prayers on Fire, the band’s debut studio album released after a series of EPs, had the hellacious, tortured sound that would eventually pull the band away from the “goth” tag that initially plagued them and would also come back to haunt Cave, Junkyard took that sound to a frightening new level. In The Birthday Party’s world, there is no mid-range; there is only bowel trembling low-end and eardrum shattering highs. The sound of The Birthday Party circa 1982 was something like a knife fight between Iggy Pop, Bo Diddley and Suicide—and everybody gets cut. It seems only appropriate, then, that there would be a song titled “6” Gold Blade” on the album, brutally describing a murder over a haunting mix of rockabilly and no-wave, bluesy riffs combining with sledgehammer bass grooves.

To say The Birthday Party was scary was an understatement. To call them brutal was only telling part of the story. The Melbourne band was quite possibly the most horrific band of the early ’80s, in addition to one of the heaviest. No metal band that decade can come close to the punch of “Blast Off” or the rumble of “Hamlet (Pow, Pow, Pow).” The slithering “She’s Hit” brought a sleazy, sexual side to the band’s noisy clang. “The Dim Locator” swung with razorblade riffs and an almost danceable Roy Orbison on acid melody. And when the band took the melodic route, as on “Several Sins,” they were just as scary, merely for being eerily unsettling rather than displaying a sort of demonic expulsion. Though that was a damn good trick, especially on “Big-Jesus-Trash-Can,” which showed Cave at his most Tourette’s like unintelligible. Guitarist/multi-instrumentalist Mick Harvey added squeaks and squonks of saxophone as well, pushing the band further toward `no-wave.’

The final track on the album, “Release the Bats,” actually was a campy pisstake, partly a goth parody, combining vampirism with sex in a surprisingly solid single. It’s not hard to find the separation between The Birthday Party and their British goth-rock counterparts, and that separation lies in just how scary the band actually was. Siouxsie may have had her own level of creepiness on Juju, but the shouts and screams on Junkyard create an entirely different, possibly dangerous kind of nightmare.