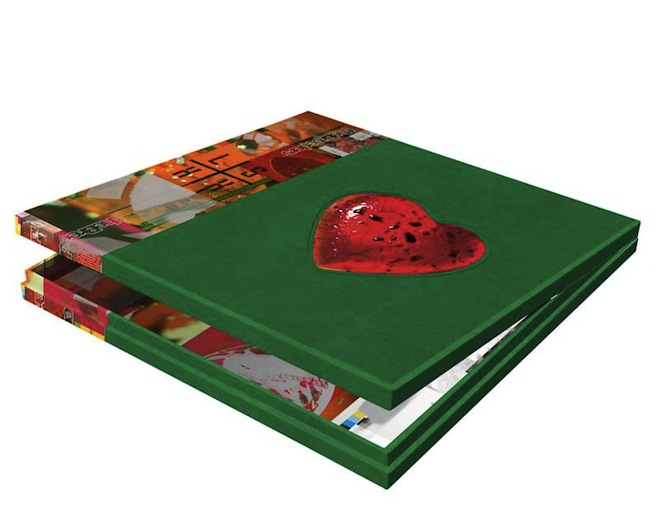 The Breeders’ landmark album Last Splash turns 20 years old this year (yikes!) and to celebrate its anniversary, 4AD is releasing an expanded super-deluxe version of the album.  The reissued version of the album is dubbed LSXX, and will be released as both a 3-CD reissue and a 7-LP box on April 23. That’s a lot of Breeders!

Included in the deluxe box is the original album, four 10-inch EPs — Safari, Cannonball, Divine Hammer, and Head to Toe — in addition to a live album on 12-inch vinyl, Stockholm Syndrome, plus a July 24, 1993 BBC radio session, as well as the original Last Splash demos from November 1992. The full tracklist is posted at 4AD.com.

In addition to bonus musical material, the box includes a 24-page book, which features photos from the Last Splash sessions, as well as liner notes from the Breeders, Kim Gordon, J Mascis and others. The artwork, as you can see above, was done by longtime 4AD cover artist, Vaughan Oliver.

The Breeders : All Nerve