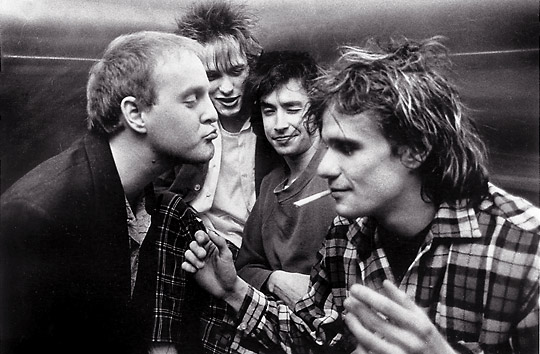 After 22 years, The Replacements — one of the most influential alternative rock bands of the ’80s and all-time, really — will be playing onstage again. The band played their last show on July 4, 1991, in Chicago, and the band’s individual members have since gone on to release a variety of albums and perform either in solo acts or with other bands. Paul Westerberg has had a successful solo career, as well as with other projects like Grandpaboy, while Tommy Stinson released his own solo music and performed with Guns ‘n’ Roses, briefly.

Last year, Stinson and Westerberg worked together on a charity EP called Songs for Slim, which was released to raise money for former guitarist Slim Dunlap, who had suffered a stroke. But this year, at all three Riot Fests — Chicago, Denver and Toronto — Stinson and Westerberg will be performing as the Replacements. The rest of the lineup of the reunited Replacements has not yet been announced.

Any guesses on what will be on the setlist? We’d wager some heavy favorites from Tim and Let It Be.

The Replacements announce live album, For Sale: Live at Maxwell’s 1986