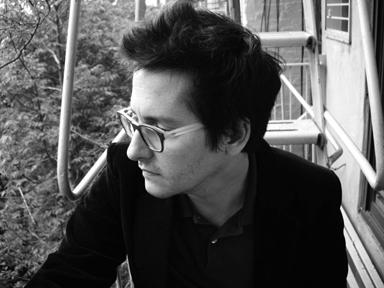 When I listen to this song, it reminds me of the simple pleasures I’ve often failed to recognize during all the time I’ve spent wishing I were somewhere or somebody else.

“1972” is three minutes and forty-five seconds of perfect, gorgeous melancholia that evokes a vivid, bittersweet memory of old friends you may have never actually known.

It’s also a fine blend of form and content, the rare pop song in which the story of the lyric actually enhances the shades of sonic coloring (here, the warm, muted browns and yellows of faded Polaroids) and vice-versa.

The narrative is loose and existential, following a boy who’s “always up to no good / smoking pot and playing pool,” and a “Spanish girl with a tattoo / working nights at the drive-through” – broad sketches of small-town ennui who spend their time “screwing in a motel room / watching news on channel two.”

They belong in an Edward Hopper painting, linked to their sparse environments in a paradoxically natural and uncomfortable way, drenched with sun and heavy shadows, sitting alone staring off into space or making small talk with a stranger they just met.

Rouse’s girl is the one standing there with her boyfriend on the front porch of a country house at night, unconvinced of whatever he’s trying to tell her (making promises about their future together?), in Hopper’s “Summer Evening.” And the next morning she’s the one sitting on the chair in the bedroom, naked, leaning forward to bask in the morning light in “Eleven A.M.,” hearing the gentle swell of strings that assure her there will someday be a “way out of this hole.”

If the characters of “1972” are static like Hopper’s, frozen for a moment in time more beautiful than they can possibly know, it’s mildly tragic that they’re always “hoping for replacement,” poised and ready for motion to overtake their bodies as soon as it can.