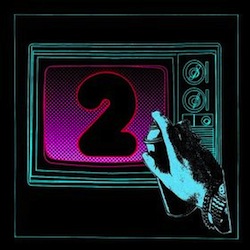 Every independent record label of note will at some point have its banner year. SST had 1984 (Zen Arcade, Double Nickels on the Dime, Meat Puppets II, Saint Vitus). Matador had 1994 (Crooked Rain Crooked Rain, Orange, Made in USA). And Italians Do It Better owned 2007. Having launched the year before by Mike Simonetti and Johnny Jewel, the electronic-based label introduced itself as a brand signifying both impeccable taste and a sleek, sophisticated aesthetic, not to mention an allegiance to Italo disco. Jewel’s two major acts, Chromatics and Glass Candy, released Night Drive and B/E/A/T/B/O/X, respectively, while the quality-stacked After Dark compilation gave listeners a peek into what IDIB is all about, both as home for a handful of important acts and as curatorial showcase for the sonic realm that the label occupies.

Italians Do It Better’s output has come and gone in waves since then, undergoing a period of relative quiet in 2010 and 2011, following some well received if under-the-radar releases by Desire and Invisible Conga People. Yet in 2012, Italians hit a stride that revealed its major acts in top form, Johnny Jewel releasing his rejected Drive film score under the name Symmetry, and Chromatics offering up their incredible, 2xLP Kill For Love. Italians are still doing it better, which more than holds true on After Dark 2, the follow-up to the label’s inaugural compilation.

As can be expected from a label with a small roster, of which Johnny Jewel almost always plays a part, After Dark 2 leans heavily on two acts — Chromatics and Glass Candy. Unsurprisingly, these two bands also provide many of the best songs to be found on the compilation, though its 78 minutes maintain a constant level of stylish, stunning cool. Chromatics’ trio of tunes offers a spread of their different strengths in miniature; “Looking For Love” is darkly danceable and sexy, “Camera” goes moody with Auto-tune, and “Cherry” is disco-lush and cinematically melancholy. All three kill, though Glass Candy’s contributions threaten to steal the show, particularly the seven-minute “Warm in the Winter,” a hypnotic and gorgeous piece of electro that recalls U2’s “Where the Streets Have No Name” translated through synth arpeggio. Yet Glass Candy, the duo comprising Jewel and Ida No, offer up a handful of other wonderful tunes, in the mid-tempo buzzer “The Possessed,” the vintage Madonna-style “Beautiful Object,” and arty pulser “Redheads Feel More Pain.”

Much like the first installment of After Dark, there are a variety of less familiar acts lining the tracklist, and while the remaining eight tracks go in a variety of other directions, they scarcely drop from these ecstatic highs. The pair of tracks from Appaloosa — an act with IDIB since the early days, yet certainly one of the least prolific — pair Nico-style vocals with Moroder-like disco hypnosis, while Farah pits spoken word vocals against an industrial backdrop on “Into Eternity.” Label head Simonetti delivers his own synth-driven darkness on “The Magician,” Desire get softly ethereal on “Tears from Heaven,” and Twisted Wires offers one of the few rare glimpses of male vocals on “Half Lives.”

Just about every track on After Dark 2 is good to great, which is a strong enough criterion to lend it an endorsement. Yet true to the careful tending of Italians Do It Better’s image, Simonetti and Jewel don’t just cobble together an awesome set of random tunes, mixtape style, they give the set a natural flow, and an aesthetic consistency that makes After Dark 2 stand out not just as a compilation or an album, but as a kind of audio mission statement. This is what Italians Do It Better sounds like, and ultimately what it stands for, and for that reason, even in its quiet years, it stands as a beacon of quality.