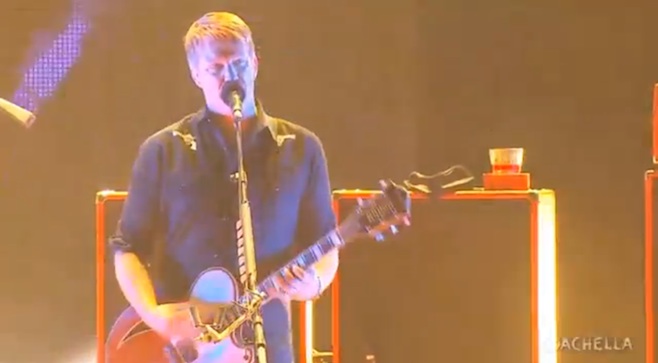 Queens of the Stone Age pulled out a bunch of the hits on Saturday when they played an evening set at Coachella. The bulk of their set was culled from the band’s most recent album, …Like Clockwork, but they added a bunch of other fan favorites, like “No One Knows,” “Feel Good Hit of the Summer,” and “Make It Wit Chu” from 2007’s Era Vulgaris. The whole live set has been uploaded to YouTube, so if you missed it (like us!) then you can catch up. Watch the full Queens Of the Stone Age Coachella set below, and check out the setlist.