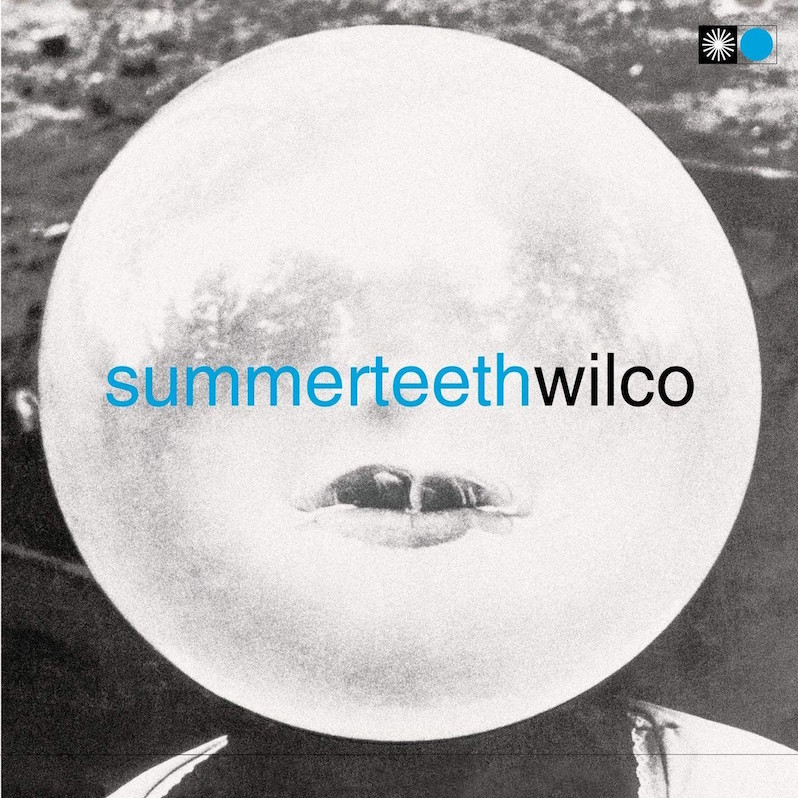 Starting in 2010 then happening every other year since 2011, Wilco has been curating their own festival at MASS MoCA, a museum in North Adams, Massachusetts. Dubbed Solid Sound, the weekend brings together a lineup of Wilco’s favorite musicians, old and new, and other carefully chosen offerings, ranging from axe throwing to yoga. This year’s lineup includes performances from Courtney Barnett, The Feelies, and Big Thief’s Buck Meek. As Wilco frontman Jeff Tweedy noted in his recent memoir, Let’s Go (So We Can Get Back), “After doing it a few times, I think Solid Sound is maybe the purest expression of what Wilco is to us… Sort of like a State Fair for a state of mind. It’s as close as Wilco can get to being a place, a physical space you can walk around in and explore.”

Thirteen years prior to the creation of their own music and art festival, the group released their third album, Summerteeth. Tweedy wrote the songs on the album during a tumultuous time in his life, as he was coming to terms with the time music snatched away from what could have been spent with his wife and son. And as such, the album captures a state of uncertainty and fear. Throughout its 17 tracks, a display of honest, soul-searching music pounds through the most upbeat moments—a constant reminder that even when there is a sense of stability, anxiety is usually lurking behind.

With one listen to Summerteeth, the need for a festival like Solid Sound becomes clear. Through the curation, Wilco creates a safe space where the worst of our thoughts can be explored, and possibly conquered. It’s a place for those of us who overthink our overthinking, and can’t stop our trains of thought from derailing. Yes, most music festivals do happen in the summertime, but Wilco’s music is particularly satisfying on a hot, sunny day. And there’s something to be said for the kicked-when-you’re-down feeling of being blue in the summer, hard to grasp and feeling out of place. But with Summerteeth, the sunshine-drenched rock moments meet a match in wallowing. “We’re Just Friends” reeks of what could have been, summer camp memories that fell short, and the burning of unrequited love.

Much like their previous discography showcased, Tweedy, Jay Bennett, John Stirratt, and Ken Coomer serve up Summerteeth with a unique sort of gumption. Opener “Can’t Stand It” reads like an inner monologue, the sound of trying to contain an existential crisis and not letting any of the dark thoughts spill out. Tweedy sings, “You know It’s all beginning (it’s all beginning) / To feel like It’s ending (Feels like It’s ending) / No loves as random / As God’s love,” pouring out his overwhelming sense of wonderment at any higher power.

Interestingly, during the writing of the album, “Can’t Stand It” was intended to be a big radio hit, written for that purpose only. In a way, it sounds like something that could have been, a bit of a tongue-in-cheek response at their record label being tossed around in Tweedy’s narrative. At the end of the song, instead of referencing God’s love in the chorus, Tweedy switches to “My love,” bumping himself up to that of a deity.

Summerteeth offers support for harder times, like the heart-ripping “How to Fight Loneliness.” Tweedy sings, “And whatever is going down / Will you follow around /That’s how you fight loneliness.” It ties into the common thread on the album—a place of belonging for those who have lost hope on finding one. It’s a work of strength, Tweedy breaking down any barrier and allowing us to see past the golden haze.

“I’m Always In Love” creates a moment of optimism, shedding a danceable light and throwing up one’s hands at the social constructs and implications of being in love. A ringing of freedom pushes through the amped-up instrumentals, allowing an opportunity to throw all worry and anxiety out the door. Summerteeth shows a turning point in Tweedy’s writing, as he created the haunting murder-ballad “Via Chicago,” deceptively sung in a soothing tone.

I was only four years old when Summerteeth was released. My connection to music was nothing notable or memorable at the time. However, as I began to grapple with life’s inevitable confusion, the album seems like it would have been a valuable tool. Between a near-quarter-life crisis, a wave of political turmoil, and nagging anxiety, Summerteeth has provided a place of welcome respite. Later in his memoir, Tweedy added, “I think it’s bad for people to believe they’re only supposed to have one emotion at one time. Are you ever really only happy? Or sad? Or angry? I’m ambivalent more than anything, and a lot of the time I’m totally unsure how I feel… We humans hate ambiguity more than almost anything else in the world. So we pick an emotion and stick with it… That’s what Summerteeth was like for me.” Breaking it down in the most raw, matter of fact way, Tweedy lifts the weight off of human existence. Summerteeth is a reminder that we all really are just humans, trying to navigate all the scary stuff the best we can.