Yo La Tengo have just announced a new EP. On October 9 the band will release Sleepless Night via Matador. The EP features one new original song from the band, plus five covers, including songs by Bob Dylan, Ronnie Lane and The Flying Machine. The first track they’ve released is a cover of The Byrds’ “Wasn’t Born to Follow,” which you can hear below.

The songs on Sleepless Night were originally released on one side of an LP that accompanied a limited-edition catalog for the LACMA Yoshitomo Nara art exhibition, which was the first international art retrospective for the Japanese artist. The new EP features a cover illustration by Nara, as well as an illustration from the band’s James McNew etched into side B of the single-sided vinyl record. Check out the tracklist below. 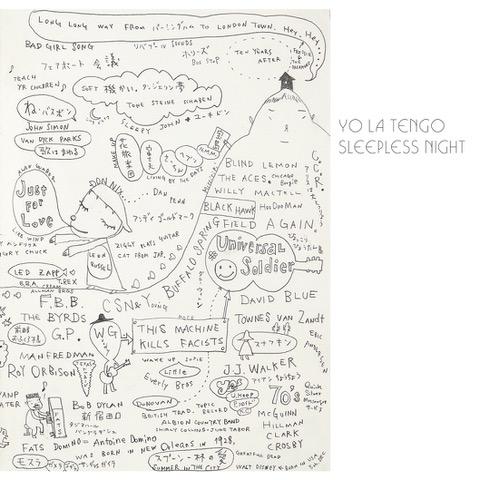 Read our feature, The Everyday Mystery of Yo La Tengo’s And Then Nothing Turned Itself Inside Out.