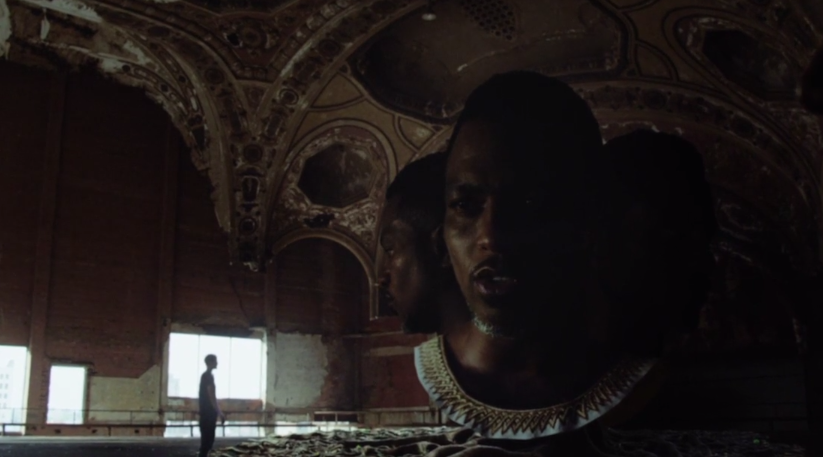 Shabazz Palaces released one of the most progressive and innovative hip-hop records of the year last month when they dropped the psychedelic Lese Majesty. And today, the first official video from the album — not counting some weird holographic streams — is here. The clip for album highlight “#CAKE” is pretty trippy, depicting a dystopian cityscape and a depiction of Shabazz Palaces as a multi-headed giant deity of sorts. It’s pretty weird, a little scary, and definitely dazzling to watch. Check out the clip, directed by Hiro Murai, below.